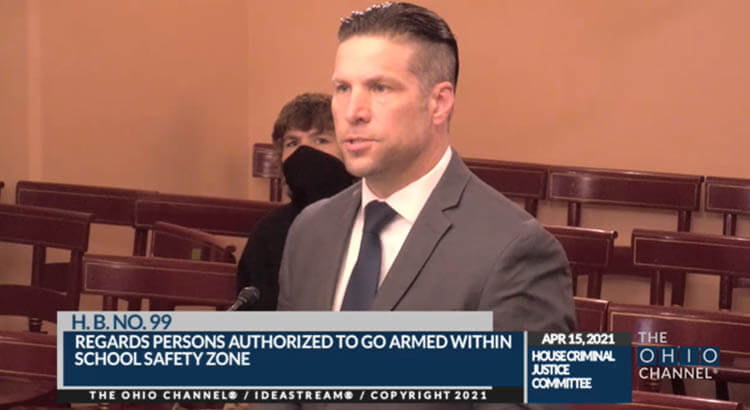 The Fraternal Order of Police and the Ohio Federation of Teachers both stood in opposition to a bill that would allow for personnel to be armed in schools.

As they did for a previous bill that didn’t make it through the legislature, the state’s FOP chapter said school resource officers are the smarter option, rather than allowing lesser training and a more dangerous role for teachers and staff.

“Officers are taught that going into any situation, you are bringing in a gun that can be used against you,” said Mike Weinman, a retired police officer who serves as director of government affairs for the FOP.

Weinman was one of two people that testified in person against the bill, saying training should not be minimal when it comes to students in a school.

Ben Adams spoke in his capacity not only as the father of five children, but also as a firefighter and paramedic who has had to complete thousands of hours of training for his certifications.

“In my department, we train every single day, because it is the only way to ensure that we can properly execute lifesaving skills when the moment arrives,” Adams said.

That training, he said, became important in his personal life when he responded to the active shooting incident that happened at Butler County’s Madison Junior/Senior High School. He and his wife, a nurse practitioner, responded to the school their kids attend after hearing of the event.

“Our training is what enabled us to act calmly, quickly and decisively,” Adams said, adding that he and his wife helped treat some of the students injured during the event.

Madison Local School District’s response to that event led them to join a lawsuit against the district, attempting to keep the district from allowing teachers and staff to bring firearms to the school without training through the Ohio Peace Officers Training Academy.

That lawsuit is currently under review by the Ohio Supreme Court.

Adams said giving local school boards control over how much training is required to enter a school armed, which is the basis of House Bill 99, gives “license for school boards to set low standards for training, if they require training at all.”

Cropper presented the committee with minimum standards to add to the bill should it go forward, including transparency of firearms policies, Ohio Peace Officer Training Academy-directed training and psychological testing.

The OFT doesn’t agree with the premise of HB 99, but said they do agree with carefully planned security measures.

“We want our schools to be welcoming places where our children feel like their part of a community, not part of a prison system,” Cropper told the committee.

More than 100 people submitted opponent testimony on the bill, and the committee chair, state Rep. Jeff LaRe, R-Violet Twp., said further hearings would be held because of time constraints on Thursday’s hearing.