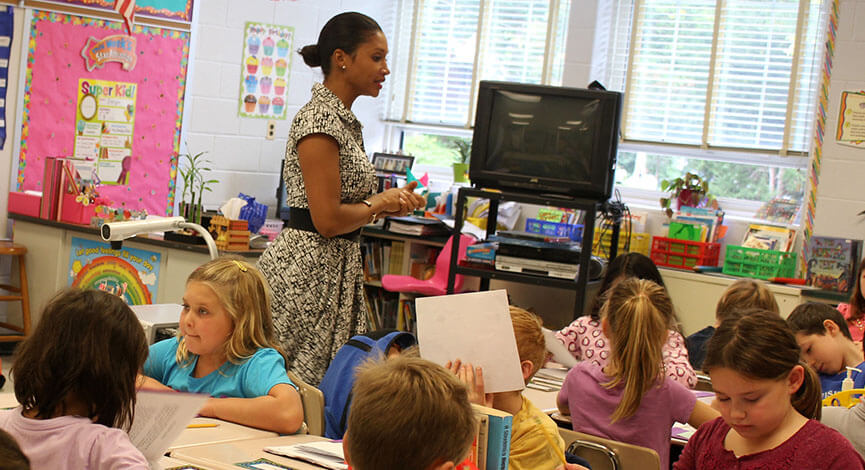 An annual report analyzing how children faired in the nation in the last year showed harrowing effects from COVID-19, but mainly found the same disparities that existed before the pandemic.

The study conducted by the advocacy group Children’s Defense Fund, which has a chapter in Ohio, used federal and state data, along with statistics from the health, justice and housing organizations to give a comprehensive picture of the impact of policy and the pandemic on children’s health and well-being.

The changes resulting from the pandemic encompassed all parts of family life, but looked very similar to pre-pandemic issues, particularly for minorities and low-income families.

“These disparities mirror the disparities we see among adults and reflect decades of structural racism and injustice that have created a long history of social and economic inequities,” the study stated.

While COVID-19 did not affect children in the same way it affected adults, cases in children still represented 13.1% of all cases. Of those children that died from COVID-19, 78% were Hispanic, Black and American Indian, despite only representing 41% of the population nationally.

In Ohio, more than 133,000 cases were reported in children 0 to 19, with 1,279 hospitalizations and six deaths, according to the most recent state data. Of the total cases in children, Black youth made up 11% of cases, while making up 18% of the child population.

The study found that the pandemic left students marginalized by low incomes and a lack of broadband access and other barriers to education, and children of color saw the most impact.

Nearly 40% of children living in poverty in Ohio are Black, compared to nearly 30% who are Hispanic, and 13% white. An analysis from the Center on Poverty & Social Policy at Columbia University showed CARES Act stimulus checks and expanded unemployment benefits prevented a rise in poverty from April to May 2020, but “most of this progress was reversed throughout the summer after cash assistance ended in June and the $600 weekly extra unemployment benefits expired in July.”

“Over half of families with children (nationally) experienced a job loss or loss of income during the pandemic, with those losses concentrated at the lower-end of the income distribution,” the CDF stated.

With a lack of job access comes the inability to pay for child care, especially with costs that represent nearly half of a poor family’s income in Ohio. The study found, based on 2019 data, that center-based child care costs were 46.5% of the income for a family in poverty, and 41.2% of the state median income for a single-parent family.

“The high cost of child care and lack of early childhood investments leave many children without quality care during critical years of brain development,” according to the study.

As for school-aged education, a study of state spending on public education versus spending for the prison system found the state was spending nearly double in the 2016-2017 school year per prisoner ($21,618) than they did per public school student ($12,569).

Food insecurity continued amid the pandemic, and 22% of children in Ohio receive assistance from the Supplemental Nutrition Assistance Program (SNAP). The Women, Infants and Children program, targeting assistance at children younger than five, serves 11.5% of the states children in that age range.

Affordable housing in the state didn’t help the welfare of children either, with a minimum wage that would require 1.8 jobs to allow a family to afford a fair market-rate two-bedroom apartment.

A lack of housing remains an issue for children as well. The number of homeless children enrolled in Ohio’s public schools has increased by 151% between 2006 and 2018. In most recent data used in the study, schools saw a 12.5% increase in homeless children between the 2016-2017 and 2017-2018 school years.

The state rate was higher than the overall national rate, which grew 123% in the 12-year study, and 11% in the last two years reported in the study.

The pandemic shined a spotlight on the economic and racial disparities in the state and nation, but the Children’s Defense Fund’s annual report found that the solution is the same whether a pandemic exists or not.

“The pandemic has laid bare the fact that too many families were in a precarious position before the pandemic began,” the study stated. “It has made clear that we must invest in the strong families and communities that keep children safe.”