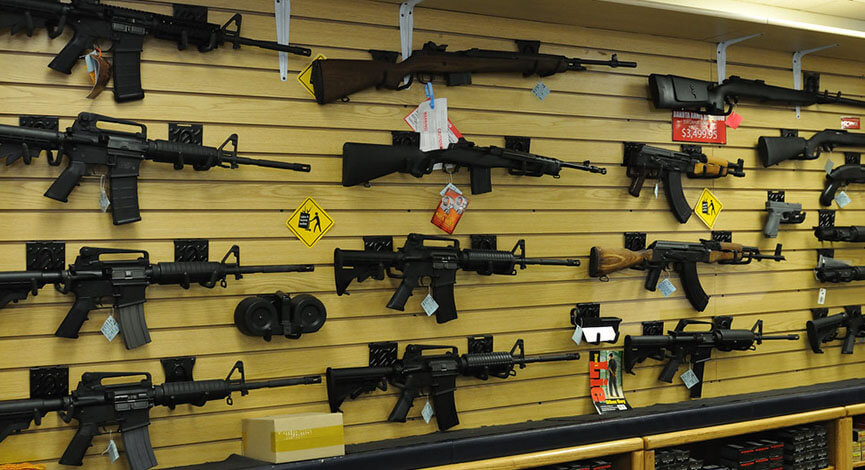 Ohio House Democrats renewed efforts Monday to pass what they described as common-sense gun laws, characterizing Republicans as in the pocket of the gun lobby and deaf to public hunger for solutions.

In a press conference, they talked up several proposals to curb gun violence amid a bloody start to 2021. At least 218 Ohioans have died from gun violence and another 439 have been injured thus far, according to a count from the Gun Violence Archive, which tracks reports of shootings, suicides, and more.

That includes four mass shootings (at least four people shot not including the gunman) this year alone. They left one person dead and five injured in Columbus on April 17; four shot in Dayton on April 7; seven people shot in Cleveland on March 28; and three people dead and three more shot in Cincinnati on Feb. 28.

All those followed perhaps the most palpable incident Aug. 4, 2019 when a man killed nine people and injured 27 more in a massacre through a vibrant Dayton bar district.

“In the 20 months since the Dayton shooting, Republicans have not done a single thing to reduce gun violence in Ohio,” said House Minority Leader Emilia Sykes, D-Akron.

“Not one single thing.”

Democrats outlined a few different ideas they say would curb gun violence including:

Democrats face long odds on the issue. The Ohio General Assembly has steadily expanded gun rights over the last two decades. No GOP lawmakers have signed on to support the proposals from Democrats, who control 35 of 99 seats in the chamber.

“It has been a systemic failure of the administration to find allies within the Republican supermajority in the House and the Senate to want to at least attempt to save lives in this state,” Sykes said. “What Republicans are or are not willing to do in order to stand up to the gun lobby is a matter of their own discretion.”

Gov. Mike DeWine’s proposed a gun control package after the Dayton shooting, but it failed to gain any traction among his fellow Republicans. The legislation would have toughened penalties for gun crimes, enabled a voluntary background check system for private gun sales, and developed a system similar to red flag laws that’s targeted toward those experiencing mental health or substance abuse disorders.

After lawmakers passed a “stand your ground” bill, DeWine expressed a distaste for the proposal but went on to sign it anyways. Dan Tierney, a DeWine spokesman, declined to answer whether the governor supports any aspects of the Democrats’ proposals.

“Governor DeWine has made clear over the past year which proposals he supports and is working on with the General Assembly,” he said.

The national conversation surrounding guns has reached something of a fever pitch.

To date this year, 182 Americans have died in a mass shooting and another 610 were injured, according to the Gun Violence Archive.

President Joe Biden earlier this month announced plans to issue administrative rules (which do not need congressional approval) to stop the proliferation of “ghost guns,” or kits to build firearms piece by piece to avoid tracking via a serial number. He also announced plans to ban certain a shoulder brace allegedly used during a mass shooting in Boulder that “effectively turns a pistol into a short-barreled rifle.”

Ohio House Republicans, meanwhile, are moving in the opposite direction.

Two lawmakers proposed legislation that would allow any resident aged 21-and-older to carry a concealed weapon without a license or training. The bill would also remove Ohioans’ duty to notify police during a stop if they have a gun in the car — Ohioans would only need to tell officers about the firearm if asked, under the bill.

Sixteen Republicans signed onto legislation that would force state government to ignore federal law or court rulings that lawmakers deem to be in violation of the Second Amendment to the U.S. Constitution.

Another proposal would prohibit cities from restricting possession of knives beyond state law. Last legislative session, Republicans passed legislation that allows for the concealed carrying of switchblades, spring blades and other knives.

In his budget proposal to lawmakers, DeWine included provisions that would increase penalties for people who unlawfully possess or sell weapons. House lawmakers nixed the idea.