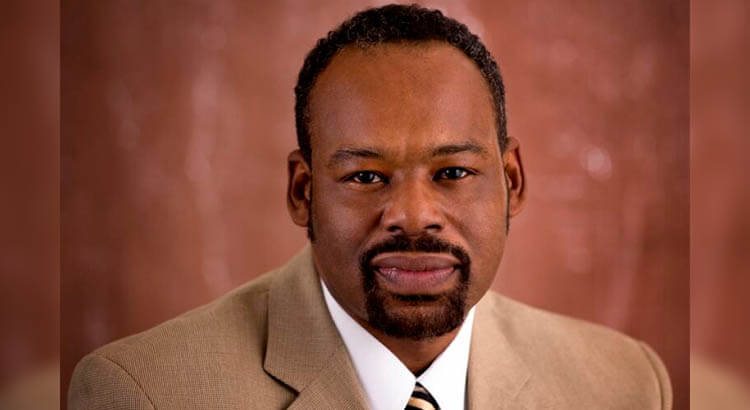 After a drawn-out drafting process, the Ohio Department of Health’s top spokeswoman agreed to stamp ODH’s name on a statement with the Ohio NAACP and Commission on Minority Health correcting a myth that racial minorities are less susceptible to COVID-19.

However, communications director Arundi Venkayya clarified in an April 1, 2020 email that ODH would not send out the statement independently because the department is instead focused on the “direct operational response” to the nascent pandemic.

She said CMH could release the statement on its own.

Chip Allen, ODH’s director of health equity who worked to craft the statement with the NAACP and CMH, warned the refusal would send the wrong message. Angela Dawson, CMH’s executive director, said she was concerned as well — why would ODH authorize a statement but withhold it from its established networks and unique authority on Ohio’s pandemic response?

Venkayya suggested to Allen that he send out the email through the “many channels you have.” Likewise, ODH’s then-Deputy Director Joanne Pearsol suggested Allen could use “his networks” to circulate the message.

“It is truly unfortunate that ODH is in support of a statement that they are not willing to share at this time,” Dawson wrote to Pearsol, Allen and Venkayya in an April 8, 2020 email obtained by the Ohio Capital Journal.

The episode was the first in a list of concerns Allen raised with Pearsol. His complaint, he would later allege, became the basis for what ODH described as a “lateral transfer” of Allen and removal of his title as Director of Health Equity. He now works at the Bureau of Maternal, Child and Family Health. ODH said Allen was neither demoted nor disciplined, simply reassigned.

In internal discussions with ODH executives detailed in the obtained emails, Allen accused ODH of fostering a “toxic” and “discriminatory” culture.

In late-April 2020, Allen wrote to Pearsol, his supervisor, in an “issues and concerns” section of a departmental weekly report.

He said several data analyses he authored a month prior predicted the disproportionate impact COVID-19 would impose on Black Ohioans. In late March, he recommended “large-scale strategies” and voiced a sense of urgency. In the April report, he lamented a “lack of action” on them.

The letter was signed by 149 statewide and local organizations and 1,200 individuals. Allen and Xuan requested that Acton issue a statement condemning any stigma and pledging to keep an open line with the community.

“We are concerned that the silence from public officials in Ohio allows racist rhetoric and violence to spread unchecked, making our communities less safe and undermining our collective efforts to address the rapidly evolving crisis,” Xuan wrote.

Allen wrote to Himes, Pearsol, and two other ODH officials suggesting they set up a call to act on the letter. He said the problems outlined will only intensify if ODH fails to act.

Acton never made any such statement according to both Allen and Xuan. In his report to Pearsol, Allen said the failure to address these issues would not reflect well on ODH’s commitment to health equity.

Pearsol responded to Allen’s report, asking him to remove several hundred words of text and to “replace with a sentence or two expressing your concerns in a more business and professional tone.”

Allen refused. He said the document is a template for staff to share concerns, which he did. Deleting it would be unethical, he said.

“There are a number of troubling health equity concerns relative to COVID-19,” he said. “The issues that I have communicated point to a pattern of troubling organizational behavior, especially when it comes to effectively dealing with public health issues around race.”

By May 2020, ODH posted a new job position, “Chief Health Opportunity Advisor,” which Allen did not apply for. In April 2021, ODH reassigned Allen. Kathleen Madden, ODH’s chief of staff, told him he will not retain the formal or informal title, “director of equity.” He has not been replaced.

“Mr. Allen has not been demoted or disciplined in any way as a result of this reassignment,” said ODH spokeswoman Alicia Shoults.

When ODH Chief of Staff Kathleen Madden emailed Allen on April 12 to inform him of his new position, Allen CC’d dozens of ODH employees, state lawmakers, and public health professionals on his response.

He said he had already been excluded from several agency-wide and state level health equity activities related to COVID-19. The exclusion, he said, “intensified” after raising concerns about Ohio’s slow response to COVID-19 in minority communities and his subsequent complaints.

“Despite being a health agency, ODH is a very toxic and unhealthy environment,” he said in an April 12 email obtained in a public records request through the Columbus Public Health Department.

“This statement is out of concern for everyone in the agency. I am also concerned that ODH continues discriminatory behavior, especially towards African-Americans who attempt to help correct ODH’s inequitable behavior.”

Allen filed a charge in July 2020 with the Ohio Civil Rights Commission, which did not find probable cause to support his allegations. In May 2020, he also filed two complaints with the State Personnel Board of Review, both of which he later withdrew.

Shoults, from ODH, said that the Ohio Commission on Minority Health ultimately released the NAACP/ODH/CMH statement.

She declined to respond to written questions but emphasized Allen was reassigned, not demoted or disciplined.

“In reference to your inquiry regarding ODH’s rationale for not distributing the joint NAACP/ODH/OCMH COVID-19 statement, I would recommend you contact them directly,” she said.

Tom Roberts, president of the Ohio chapter of the NAACP, said in an interview it was “disappointing” that ODH refused to send out the statement. However, he added that he has since developed a good working relationship with ODH rolling out the COVID-19 vaccine.

Xuan — noting a March 16 shooting that left eight people, including six Asian-American women, dead — said state leaders have failed to do anything about rising violence and stigma against the community.

“We’re definitely dealing with the same issues we were raising a year ago,” she said. “Since the Atlanta shooting, our communities have just been feeling even more intense grief, and fear and anger.”

On March 26, Lt. Gov. Jon Husted shared an article on Twitter quoting the former CDC director saying he believes, without evidence, the coronavirus originated in a U.S. lab. Husted wrote, “So it appears it was the Wuhan Virus after all?” The tweet drew outcry from Ohio’s Asian-American community. Husted declined to apologize but has since met with advocates to discuss anti-Asian violence and harassment, according to an ABC6 report.

So it appears it was the Wuhan Virus after all?https://t.co/zmimtlZ9Ev

Pearsol, who now works for the Association of State and Territorial Health Officials, did not respond to inquiries through the organization.

Allen declined an interview request. In a statement, he said he has spent decades addressing health equity in Ohio and the U.S., and it’s disappointing to see state leadership isn’t interested in his expertise during a pandemic.

“As the first (and now former) Director of Health Equity at the Ohio Department of Health, I did my very best to provide timely advice to mitigate the devastating impact of COVID-19 for racial and ethnic minorities and economically disadvantaged Ohioans,” he said. “My advice was routinely ignored which resulted in unnecessary suffering and deaths.

“I was prevented from doing my duty through exclusion from critical COVID-19 decision-making and planning activities. Because I insisted on the agency being proactive, I have been retaliated against, thus resulting in my reassignment. I am now prohibited by ODH from using my health equity expertise to serve the citizens of Ohio. This is deeply disappointing and unfortunate.”