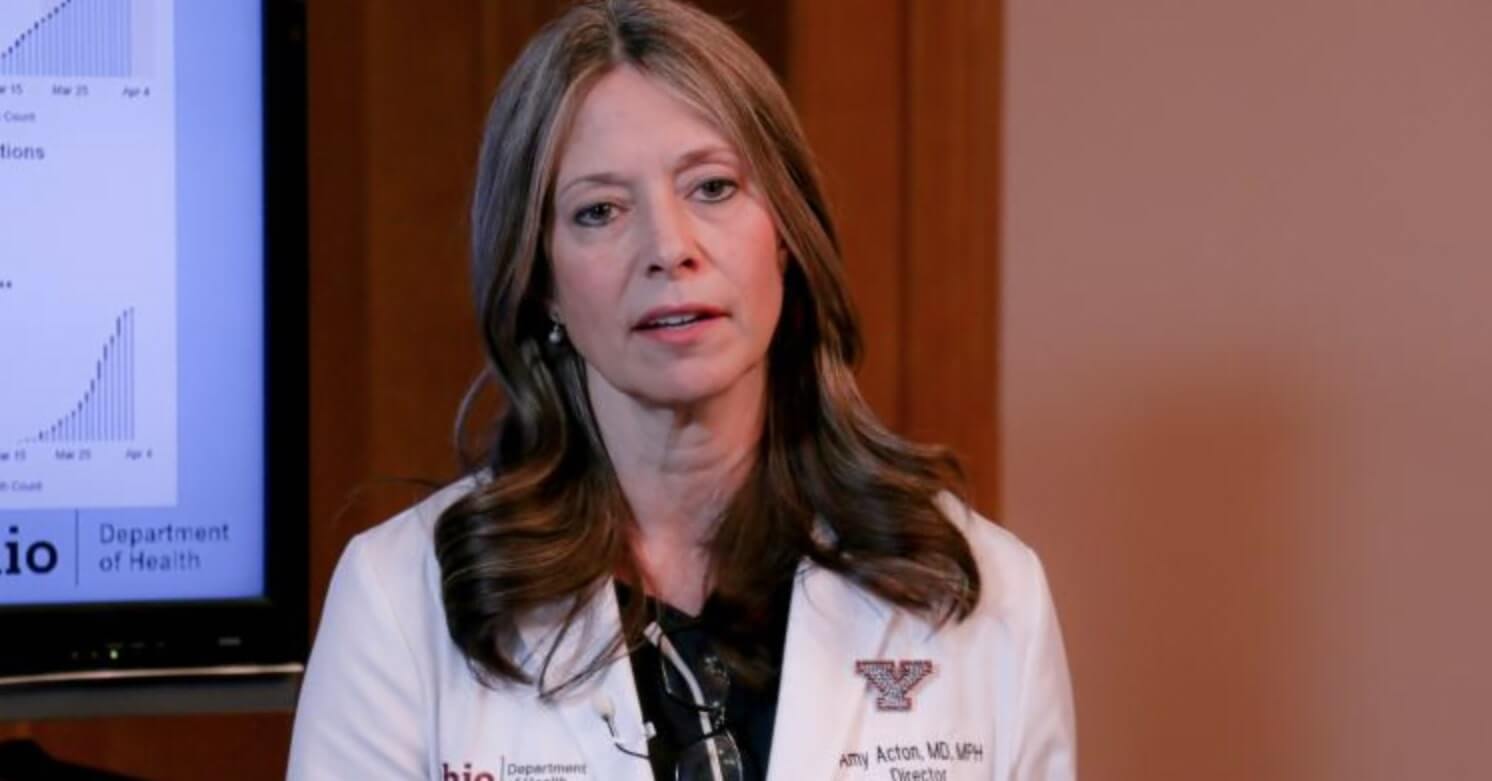 Dr. Amy Acton, the former state health director who led Ohio’s pandemic response in its early months, announced Tuesday she will not enter the race to fill Republican Rob Portman’s seat in the U.S. Senate.

Acton was considered to be a potential leading candidate for the Democratic Party primary.

In a provided statement, Acton called it a “tremendous honor” to be considered for the race, but ultimately decided against committing t o a campaign.

“While I am not entering the race for U.S. Senate, I recognize there is a genuine longing for a fresh approach to leadership that is honest, collaborative, and empowering,” Acton wrote.

Acton was a little-known member of Gov. Mike DeWine’s cabinet until being thrust into the spotlight as the novel coronavirus spread throughout the country early last year.

She became a regular presence alongside DeWine at the daily coronavirus press conferences, using her experience as a former public health professor to clearly — and sometimes cleverly — describe the new virus to the general public.

Among the many health orders signed by Acton in those initial weeks were the shutdown of school buildings (Ohio was the first state in the U.S. to do so) and the postponement of the March primary election.

Acton was lauded throughout the state and in many national publications for taking aggressive steps to mitigate the spread of COVID-19. A Facebook fan club page grew to more than 100,000 members and Acton was even depicted on a bobblehead.

Within weeks, though, Acton begun facing an onslaught of criticism from those who argued the continued shutdown of certain businesses were devastating Ohio workers and owners.

A state senator posted to Facebook he would not let Acton, who is Jewish, turn Ohio into Nazi Germany. Another lawmaker repeatedly referred to her as a “dictator” and a “globalist.” Protestors gathered at Acton’s house on numerous occasions, with some bringing weapons and one man carrying an anti-Semitic sign.

Acton announced her sudden resignation as state health director in June. She stayed on for a few months as a paid, behind-the-scenes advisor to the governor on health issues.

By August, she was out of state government entirely. Acton returned to the Columbus Foundation, where she had worked previously before becoming state health director. She has rarely appeared in public or given interviews about the pandemic since then.

Portman surprised many by announcing in January he would not seek reelection to the U.S. Senate next year.

Acton was quickly viewed as a possible Democratic contender for the seat. Within weeks, she confirmed plans to step down from the Columbus Foundation in order to consider joining the race.

The 314 Action Fund, a political action committee dedicated to supporting scientists as political candidates, planned to spend millions of dollars backing an Acton campaign. The group commissioned a poll which found that two-thirds of Ohio Democrats viewed Acton favorably. Respondents gave her a slight edge over U.S. Rep. Tim Ryan, D-Niles, who is reported to be planning a run for the seat.

In the end, Acton decided against embarking on a career in elected politics. In the statement, she described there being a new hope felt in Ohio as the state emerges from a deadly pandemic that has killed more than 18,700 residents to date.

“The opportunity for repairing and reimagining is at hand: a rebirth for ourselves, our relationships, and for the institutions of our civil society,” Acton wrote. “What happens next isn’t the sole province of our elected officials. It is up to all of us. We must co-create an Ohio that ensures the enduring cultural values of kindness and justice for all.”