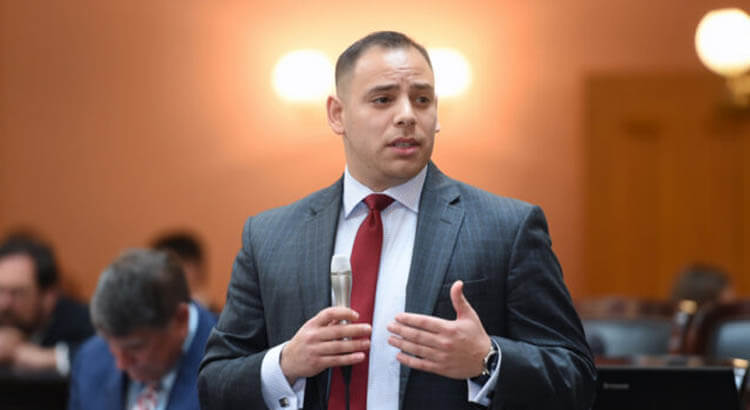 Republican-sponsored legislation will seek to prohibit the Ohio government from instituting a “vaccine passport” program, but the drafted proposal does not appear to restrict private businesses from doing so.

Rep. Al Cutrona, R-Canfield, is soon introducing this bill in the Ohio House of Representatives. It has already received support from fellow Republican lawmakers.

The term “vaccine passport” refers to showing proof of COVID-19 vaccination that could allow entry into a given place or public event.

The vaccine is optional in Ohio, and Gov. Mike DeWine has given no indication the state government will develop a vaccine passport program here.

There are, however, some businesses, airlines, schools and governments considering such a program. Elsewhere, the state of New York has rolled out a digital “Excelsior Pass” system in which a person shows proof of a vaccination or a negative COVID-19 test to visit participating event centers such as Madison Square Garden and Yankee Stadium.

In announcing the proposed legislation last month, Cutrona said he wanted to prohibit vaccine passports in Ohio. However, an initial bill draft obtained by the Ohio Capital Journal does not appear to go that far.

The bill as written does not propose a complete prohibition of vaccine passports being used in Ohio. It does place restrictions on the government using them.

Under Cutrona’s legislation, no person would be required to show proof of vaccination to enter the state of Ohio or any building owned by the state government.

State agencies (such as the Ohio Department of Health) would not be allowed to issue any order or rule requiring someone to show proof of vaccination. Nor could a local government or local health board issue any such requirement.

Notably, the bill does not include any restrictions on private businesses theoretically using vaccine passports.

If enacted, the bill could feature a conflict involving travel companies such as airlines. If a private airline requires proof of vaccine to board a plane headed to Ohio, but the bill forbids mandated vaccination to enter the state, could the plane still land here?

Cutrona did not respond to an interview request for more details about his proposals.

Republican lawmakers critical of mask mandates and other sweeping health orders have turned their attention to opposing vaccine requirements as Ohio continues its statewide push to get all consenting adults vaccinated.

A separate bill known as the “Vaccine Choice and Anti-Discrimination Act” was recently introduced in the Ohio House of Representatives with support of more than a dozen Republicans, including Cutrona.

As the Capital Journal reported Wednesday, House Bill 248 does not impact an entity’s ability to impose a vaccine requirement. It would, however, provide legal exemptions for unvaccinated people who submit in writing a claim of medical contraindication, “natural immunity,” or “reasons of conscience, including religious conviction.”

“Without the exemption provisions this bill provides, the notion of a vaccine passport could easily lead to a class system in Ohio where segregation and discrimination will proliferate,” lead sponsor Rep. Jennifer Gross, R-West Chester, stated in a news release announcing that bill.