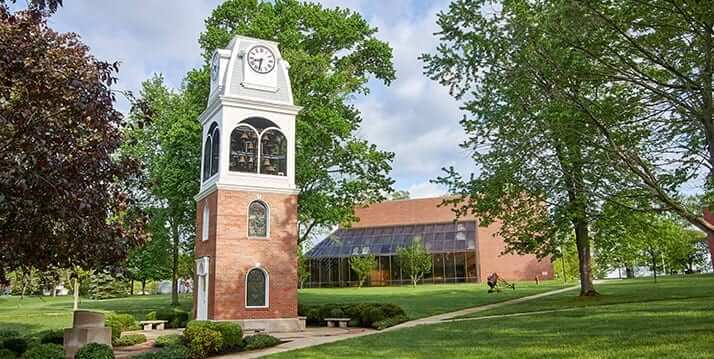 Supporters of a bill with free speech issues in its title focused more on the financial provisions the bill makes toward Ohio’s community colleges and career technical institutions.

“We get a lot of those students that do not make it…and we have an opportunity to re-train them,” said John Zehentbauer, of the OACTE. “Usually, short-term, within nine months, we can get them a credential and get them right back into the workforce.”

The program would be established under the Department of Higher Education, and would allow students who left a state higher ed institution before earning a bachelor’s degree enroll at another institution, a community college for example, at a reduced rate based on the fees they paid before leaving.

An analysis by the Ohio Legislative Service Commission estimated more than 66,000 Ohioans would be eligible for the voucher program.

In testimony before the Ohio Senate Workforce & Higher Education Committee, OACC president Jack Hershey called the voucher provision “one of the more promising new proposals that we have seen to help increase college attainment, because for the first time it is purposefully targeting and marketing to the more than 1 million Ohioans who have earned some college credit but have not yet earned a certificate or a degree.”

Hershey did not, however, lend his support for a provision of the bill regarding free speech on college campuses.

Under the bill, higher ed facilities would be required to adopt a policy affirming “prescribed principles” on free speech, and establish a complaint process for a student, student group or faculty member alleging a violation of free speech.

The bill also bars a state institution from entering into or continuing a contract with a services or supplies company “unless the contract declares that the company is not boycotting Israel or other jurisdictions with whom Ohio can enjoy open trade.”

Hershey said the provisions regarding free speech “are confusing at this moment,” especially as implementation is under way for a previous bill passed into law on college and university free speech.

Senate Bill 40, passed in December and nicknamed the “Forming Open and Robust University Minds Act” by its Republican sponsors, prohibits higher ed institutions from “limiting or restricting free expression by members of its campus community in public areas of campus” and declared “outdoor areas” of campuses to be public forums, barring colleges and universities from creating “free speech zones.”

One of the sponsors of Senate Bill 40, state Sen. Andrew Brenner previously said the law was inspired by the the cancellation of a speech by Milo Yiannopoulos, a far-right political commentator, by the University of California, Berkeley.

Senate Bill 135 was introduced in March, and according to its title “regards state institutions of higher education and free speech.”

Despite requesting the removal of that provision, Hershey said “big picture” of the bill should be considered and pushed forward, to help increase the number of Ohioans with credentials to the ideal number for economic success. Hershey cited economists in saying that ideal number is 65%.

“We have been waiting for some serious legislation to move forward that put new ideas on the table, that really helps advance us toward that goal of 65%, which we are supposed to hit by 2025, but we are not going to meet it if we continue with the status quo.