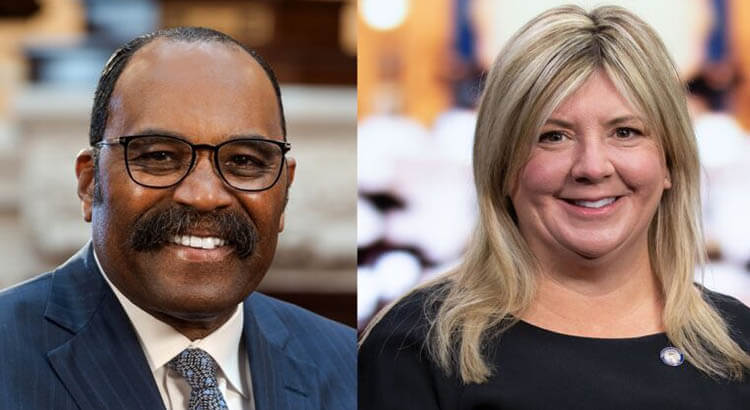 When a tenant faces eviction, the filing can stay with them for years — potentially impacting their ability to find stable housing again.

A tenant would be able to request to have their eviction records expunged. A judge could authorize expungement if they feel the record “is no longer a reasonable predictor of future tenant behavior” and if expunging it would be in the “interests of justice.”

Landlords who initiated the original eviction case would be given the opportunity to argue against expunging the record, which the judge would take into consideration.

The bill is written to make expungement more likely as time has passed since the eviction.

Two groups, the Ohio Poverty Law Center (OPLC) and the Coalition on Homelessness and Housing in Ohio (COHHIO), are advocating for this bill to be enacted.

“An eviction follows a tenant for years. Once an eviction is filed — even, if it does not ultimately result in a judgment — the court record hinders a person’s ability to find housing in the future,” said OPLC director Susan Jagers in a statement. “These records even follow tenants in cases in which evictions were improperly filed. Landlords rely on the eviction filings to make decisions about whether to rent to would-be tenants.”

Bill Faith, executive director of the Coalition on Homelessness and Housing in Ohio, said in a statement that tenants who temporarily struggle to pay rent “should not be punished for decades.”

“This pandemic year made it painfully obvious that many of Ohio’s renters are vulnerable in an economic downturn,” he added. “This legislation offers some redemption to renters who hit a rough patch, to ensure that a streak of bad luck doesn’t drive them into homelessness.”

An eviction moratorium was issued for Ohio tenants in 2020 and has been extended through June 30, 2021. That has not stopped landlords from filing eviction notices, and some courts are still hearing eviction cases.

Ohio Democrats have proposed separate legislation that would block courts from issuing judgments on eviction cases until the pandemic state of emergency order is lifted.

On Thursday, the Ohio House joined the Senate in having unanimously approved the allocation of $465 million in federal funding toward rent and utility assistance.