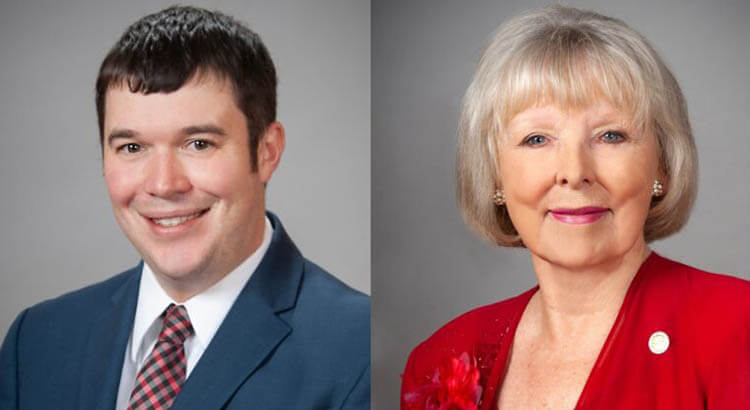 Republican lawmakers are proposing to revamp some of Ohio’s campaign finance laws that would shine a light on “dark money” groups.

Public officials from both parties have called for reforms in the wake of the House Bill 6 scandal, which saw the speaker of the Ohio House arrested as well as widespread attention paid to how certain groups navigate campaign finance and tax laws to anonymously influence Ohio election results.

HB 13, introduced by GOP state Reps. Diane Grendell of Chesterland and Mark Fraizer of Newark, is the latest attempt at ensuring better transparency in political spending. The bill differs from an earlier effort from last fall in that it does not yet have bipartisan support.

Grendell calls it the “Light of Day Bill” and told legislative colleagues the proposals would give Ohioans a “full picture” of campaign finance information.

Current rules and what HB 13 would do

Ohio’s existing campaign finance laws regulate the way individuals and organizations can spend money to influence elections. Along with contribution limits, there are restrictions on how money can be spent in a given election cycle (some entities are limited to spending only on ballot issues rather than to candidates themselves).

Ohio law requires political candidates to submit regular campaign finance reports which publicly disclose their donors. Likewise, organizations such as political action committees (PACs) must disclose both their donors as well as their spending.

This system allows Ohioans to search publicly-available campaign finance records to learn who is financing which candidates and political organizations.

There is a notable exception — nonprofit 501(c)(4) groups are not required by Ohio law to disclose who funds them. These nonprofits are ostensibly founded to promote general social welfare and cannot spend a majority of resources on political activity.

Such rules are flouted, however, allowing “dark money” groups the opportunity to influence elections without being publicly exposed.

This was the case with the House Bill 6 scandal. Prosecutors have alleged that millions of dollars in corporate money was funneled into a 501(c)(4) group, which in turn spent money toward getting the nuclear bailout bill passed in 2019. The group also reportedly spent money that year toward defeating a citizen initiative seeking to overturn the bailout.

Were the campaign finance reforms proposed by Grendell and Fraizer in place at the time, these political entities would have still been able to spend this money as they did. But the public disclosure that the nonprofit was bankrolled by a corporation standing to directly benefit from defeating the initiative may have impacted its success in achieving this goal.

HB 13 tries to differentiate the donations to nonprofits meant to influence elections from donations for what other purposes the “social welfare organization” exists. A provision in this bill would allow groups to separate their accounts, only publicly disclosing funding from people who donated for expressly political purposes.

“Our hope is to find a bipartisan solution,” said Maggie Sheehan, a spokesperson for the secretary of state’s office, “and that’s something we’re still hoping to see happen. As far as this specific legislation, it’s currently under review (by LaRose’s office).”

Another piece of the bill involves political spending from corporations and labor unions.

A U.S. Supreme Court case in 2010 known as “Citizens United” ruled these groups can spend unlimited sums of money on independent expenditures — in Ohio, this is spending which advocates for or against candidates not actually carried out in coordination with a given campaign.

HB 13 officially removes the Ohio restrictions on corporations and labor unions in accordance with the Supreme Court ruling. Such spending would need to follow reporting guidelines.