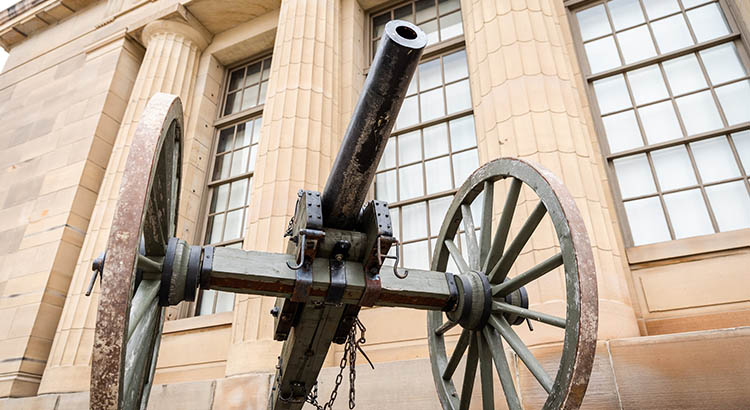 Tiffin, Ohio — The American Civil War Museum of Ohio has announced that prolific author, Brad Quinlin, will be at the museum for a book signing on Wednesday, May 5, 2021 from 12:00 to 4:00 p.m.

Quinlin has been a reenactor for 33 years and has worked on 32 movies and TV shows. He was a background artist in Glory, Gettysburg, Andersonville, and an actor in the TV show Perfect Tribute. On the TV show “Who Do You Think You Are” he showed the actor Matthew Broderick the last three days of his gr-gr-grandfathers life.

Robert Martindale of the 20th Connecticut Infantry was killed July 23, 1864 near Atlanta. Quinlin showed Martindale where Robert is buried in the Marietta National Cemetery. Quinlin also was the research advisor on three more “Who Do You Think You Are” shows. Quinlin was the lead researcher and advisor for the Kennesaw Mountain Battlefield film called “One Last Mountain”, the film has now received three awards.

Quinlin was a researcher on the TV documentary “The Untold Story of the Civil War”. He also worked as an advisor for the National Geographic show “Diggers”.

Quinlin’s research is being used in the new exhibits for the new Cyclorama Building at the Atlanta History Center and he has researched five new wayside exhibits for Kennesaw Mountain Battlefield National Park.

Quinlin has written or co-written 21 books on the American Civil War. By the end of 2022, Quinlin and two of his friends will have seven books finished for the Charles H. Coolidge Medal of Honor Heritage Center. These books will be the rights and profits for the center.

Quinlin is also planning the funeral for a Union Civil War Soldier. The remains were discovered recently, and Quinlin was asked to plan the funeral and burial in Marietta National Cemetery. The event will take place in Marietta, Georgia between July 9 through July 11 that will have programs on the life and death of this soldier.