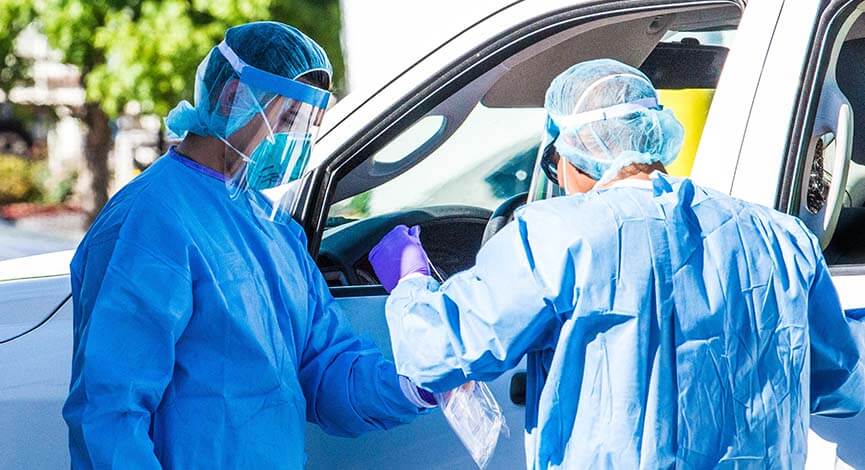 Ohio got even more good news on the coronavirus vaccine Thursday. But even as doses are flooding into the state, what had been a steady drop in infections has turned into a plateau.

Gov. Mike DeWine announced that next week — when all Ohio adults will be eligible to be vaccinated — the state will receive 571,000 doses, which he said was “by far and away the highest amount of doses we’ve received.” In fact, it more than quintuples the 100,000 doses a week that the state was receiving in early February.

The surge has allowed the state to throw open vaccine eligibility to every Ohioan 16 and over starting Monday and it allowed DeWine on Thursday to announce 11 new mass vaccination sites:

The state also is starting up two mobile vaccination clinics that will visit rural counties in April.

In all, about a quarter of Ohio adults have now received at least a first dose of the vaccine. Yet progress toward DeWine’s benchmark to remove all remaining health orders has stalled and even gone backward a little since last week.

DeWine has said once the state drops to 50 new cases a week per 100,000 Ohioans, all the orders come off. But after a long decline, the rate of cases went up from 144 last week to 147 this week.

While the increase is slight, making it more concerning is that some neighboring states — such as Michigan — are now seeing rapid growth in the number of cases per 100,000.

Part of that might be because people are tired of pandemic precautions, the weather’s getting nicer and vaccines are more widely available, so some people are abandoning caution. Another reason is that the faster-spreading UK variant of the virus is becoming more predominant.

“That’s (the variant) we’re seeing the most of,” said Bruce Vanderhoff, chief medical officer for the Ohio Department of Health. “We’ve been expecting a growing presence of these variants.”

Even though they’ve been eligible to get a shot since January, the portion of Ohioans 80 and over getting at least a first dose only crossed 70% this week.

“We’re hopeful that these numbers will continue to creep up, move up,” DeWine said of percentages for all age groups.

Also, some institutions in Ohio haven’t responded to months of repeated offers of vaccines from the state. A frustrated DeWine said he was going to publish the names of 56 nursing homes and 168 assisted-living facilities that have failed to communicate with state officials about the vaccine.

“I don’t know what else to do,” DeWine said. “I’m worried about the people in these nursing homes” and assisted care facilities.

So despite the temptation to party like it’s March 2019, state officials are pleading for Ohioans to understand that the pandemic’s still here and still dangerous.

“We’re in the final stages of this marathon,” Vanderhoff said. “So let’s keep masking and distancing even if you’ve had the chance to roll up your sleeve and get vaccinated.”