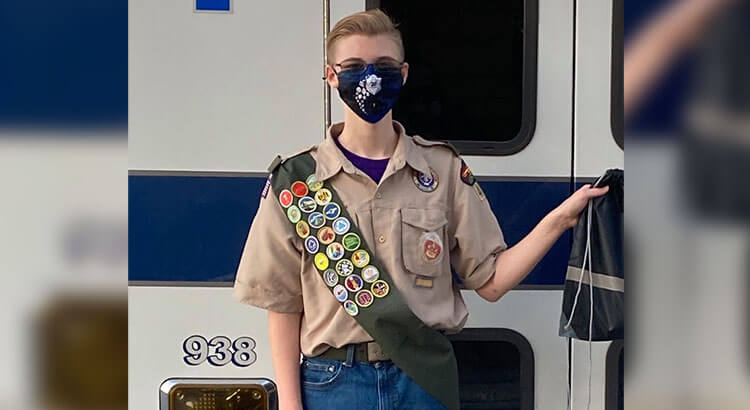 Tiffin, Ohio — A Seneca East Local Schools student is being hailed as a hero after fire officials say his actions prevented a house fire and saved two dogs.

According to a post from the Seneca East Facebook page, while on his way home from school with his younger sister, student Drew Steinmetz saw smoke coming out of the side of a 100-year-old house.

He called 911, then began investigating – using the skills he learned from his dad, a firefighter.

He found the fire initiated in a small woodshed on the side of the house. Drew knew the small garden hose he found could not contain the fire, so he began spraying down the woodpiles surrounding the shed and the house next door to try to keep the fire from spreading.

When Drew reached the back of the structure, he discovered two dogs in kennels.

With the help of the firefighters and homeowners, the dogs were moved to safety and the fire was contained. Without Drew’s quick thinking, the fire department reported the house most likely would have caught on fire and been a complete loss.

“Thank you, Drew, for your bravery. You are a phenomenal representation of Seneca East,” the school wrote in its Facebook post.