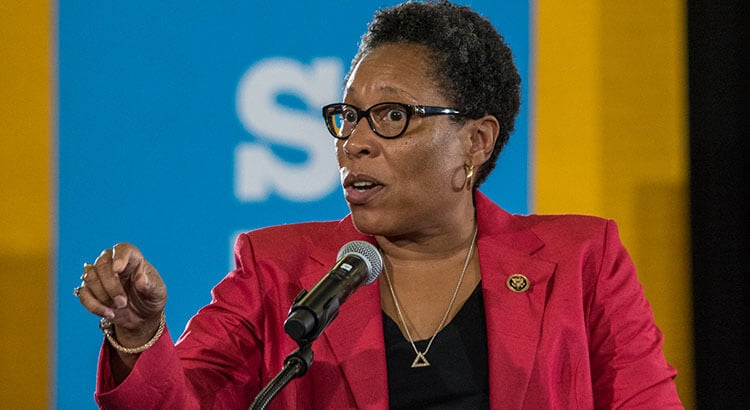 The U.S. Senate Wednesday confirmed U.S. Rep. Marcia Fudge of Ohio in a 66-34 vote to lead the U.S. Department of Housing and Urban Development.

Vice President Kamala Harris is scheduled to swear in Fudge at 5:30 p.m. Wednesday.

Fudge, a Democrat who represents the 11th Congressional District, will be the second Black woman to lead the $48 billion agency and will be tasked with a housing and rental crisis that has been exacerbated due to the pandemic.

The Senate Banking Committee advanced her nomination in early February in a vote of 17-7.

During her confirmation hearing, Fudge said that she would work in a bipartisan manner to help homeowners who are struggling to pay their mortgages due to the pandemic as well as help alleviate the country’s housing and rental problems.

“On any given day, we have 8 million people who need housing,” Fudge said. “So not only do we need to protect those who are currently in housing, but we need to ensure that those who are without housing get it.”

Before coming to Congress in 2008, Fudge was the first Black and first female mayor of Warrensville Heights— a Cleveland suburb.

Fudge originally made a bid to serve as President Joe Biden’s secretary of Agriculture because of her background in food programs and experience serving on the House Agriculture Committee for years.