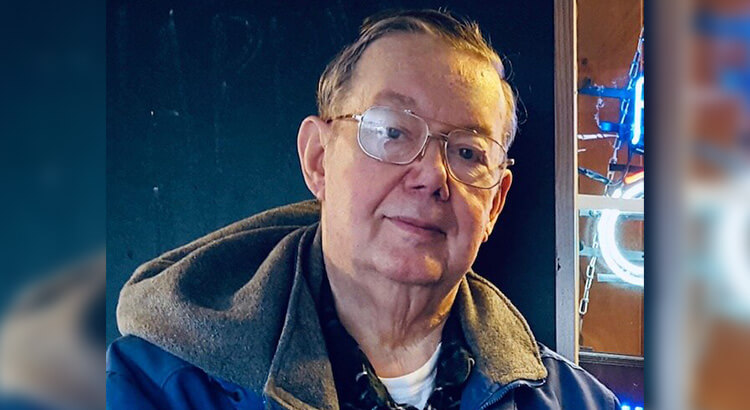 At 83 years old, Gerald Hobson still managed to work full time as a security guard in the lobby of a short-term care facility near Cleveland.

He died May 23, 2020 at TriPoint Medical Center in Concord Twp., Ohio. The Mayfield native and Korean War veteran, known to be cheerful and quick to laughter, was gone.

“There are no words. It was like two weeks of solid hell,” said his daughter, Valerie Leonard, of her father’s time in the hospital.

Tuesday marks one year since the epidemic was first detected in Ohio. Gov. Mike DeWine announced March 9, 2020 that three middle-aged Ohioans from Cuyahoga County had contracted COVID-19. He then issued a state of emergency, formally declaring that COVID-19 posed “a potentially dangerous condition which may affect the health, safety and welfare of citizens of Ohio.”

The World Health Organization would declare the situation to be a pandemic two days later.

When Hobson died, Leonard was the only one in the room, clad in multiple face masks, a face shield, a gown, a bonnet, gloves, and booties over her shoes. She said she was glad to be able to hold her dad’s hand as he died and talk to him on his way out.

Like many pandemic victims, there was no funeral to mark Hobson’s death. His family didn’t want to put anyone at risk.

His favorite hobby was genealogy, but he also enjoyed playing the guitar and classical films. He listened to Beethoven, Mozart, Johnny Cash and Chet Atkins. His sense of humor and work ethic were “legendary,” according to an obituary from his family.

The mourning comes in waves. Leonard said her mom still cries about her husband’s death sometimes.

She said she managed his death, but the harder part was navigating a society skill skeptical of the pandemic despite the ubiquity of its victims. Like when people made assumptions about her father’s comorbidities, or called COVID-19 a “scam,” adding a twist of their irrational skepticism to her grief.

“I guess I thought, wow, all the people dying and suffering will bring us together as a country or a society, and people will understand what they need to do and why,” she said. “And that’s just not happening as much as I would have liked. And I don’t know how to talk to those people, so I don’t.”

The new disease quickly drew new and controversial mitigation tactics. ODH and DeWine issued orders that, between mid-March and late-May, closed “non-essential” businesses and banned mass gatherings. They imposed curfews on residents and restaurants alike (both of which have been lifted), all to balance combatting the virus with preserving a beleaguered economy.

The mitigation efforts drew a massive outcry themselves. Armed demonstrations formed outside the state Capitol. Polarization and extremism flourished.

However, the scientific community responded at a record clip, delivering the first vaccines effective against a coronavirus (technically a class of viruses) and the fastest vaccines ever developed. Nearly 2 million Ohioans have been vaccinated between Dec. 14 and Tuesday, including Virginia Hobson.

On Monday, DeWine announced that Tuesday would be a “day of remembrance” in Ohio, with flags flying at half mast.

“From what we see around the world and in the United States, this disease will, for a period, significantly disrupt our lives,” DeWine said one year ago Tuesday in announcing the first cases.

“This is certainly no ordinary time.”