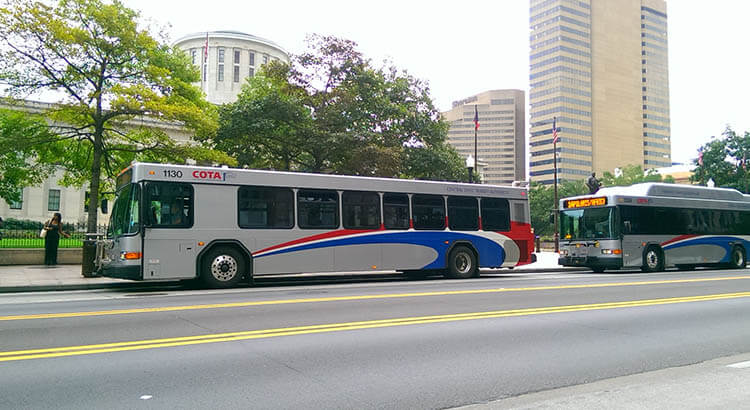 Ohio lawmakers recently approved a two-year transportation budget ahead of schedule and without much drama, sending the $8.3 billion package to Gov. Mike DeWine for a signature.

Legislators agreed to allocate billions of dollars toward maintaining and improving Ohio’s transportation infrastructure, including highways, roads and bridges. Despite the governor having proposed major cuts to public transit, lawmakers restored funding to pre-pandemic levels.

Both parties appear pleased with the final product, which will cover the upcoming Fiscal Years 2022 and 2023.

Speaker Bob Cupp, R-Lima, described feeling glad the transportation budget was passed with the two chambers — the Ohio House of Representatives and Ohio Senate — not requiring a conference committee to hash out any contentious details. This may bode well for the much larger state operating budget to be negotiated over the coming months, Cupp said, adding it “speaks positively for the things we may be able to accomplish.”

Ohio Sen. Stephanie Kunze, R-Hilliard, who chairs the Senate Transportation Committee, championed the new budget as one “that places Ohio competitively on the global playing field.”

Likewise, Democrats in the Ohio General Assembly applauded the bill, with House Minority Leader Emilia Strong Sykes of Akron saying in a provided statement, “This budget moves us in the right direction and makes critical investments to improve the lives of everyday Ohioans and build an economy that works for everyone.”

Here are some highlights of the transportation and how it will impact you:

Drivers get to avoid the BMV, or at least have a more palatable trip

If you don’t enjoy going to the BMV, there’s some good news in this transportation budget.

Normally, Ohio drivers have to renew their licenses every four years, including an in-person vision screening.

The budget changes this to only require drivers to take a vision screening every eight years.

In the intervening four-year mark, Ohioans will be able to renew their driver’s licenses online.

There are some restrictions to this; the online option is only available for drivers between the ages of 21 and 65. It applies only to renewals, meaning new drivers will still have to go in person. The same goes if your your name or personal information has changed, if there are legal issues with your driving privileges or if your license is well beyond the expiration date.

(For those needing to visit a BMV office, the wait time can be significantly reduced by using the new “Get In Line Online” feature on the Ohio BMV website.)

There will be no increase to the “gas tax” paid at the pump over the next two years — lawmakers opted against raising it.

Nor will there be any changes to vehicle registration fees. DeWine initially proposed a fee hike to pay for more funding to the Ohio State Highway Patrol, but this proposal was unpopular among lawmakers in both parties and was removed. DeWine’s goal was ultimately achieved, as the budget does include a sizable increase in state funding for the Patrol.

There were also calls to lower the annual registration fees on electric and hybrid vehicles to help incentivize Ohioans to switch to greener driving options, but lawmakers kept the yearly fees at $200 for EVs and $100 for hybrids.

The budget does allocate $8 million from the Ohio Environmental Protection Agency toward EV charging station grants.

The governor had also proposed a “Hands-Free Ohio” plan to enact harsher penalties for cell phone use while driving as a means of reducing distracted driving crashes. Lawmakers declined to include this provision in the transportation budget and may take this issue up in separate legislation.

The bulk of this budget goes toward the Ohio Department of Transportation to fund construction and maintenance of highways, roads and bridges.

In total, the state is investing more than $5 billion for these infrastructure needs.

Public transit makes up a considerably lower percentage of the budget. Combining state and federal dollars, the budget allocates around $70 million per year toward public transportation. This is about the same amount as the previous budget allocated.

The budget also includes hundreds of millions of dollars in federal stimulus money, including some to help local governments and transit systems make up some of the revenue lost over the past year.

This is a mixed result for public transit advocates, who believe a much greater amount is necessary to fully invest in existing and new  opportunities for Ohio residents. It is, however, a vast improvement from DeWine’s initial proposal of just $7 million per year.