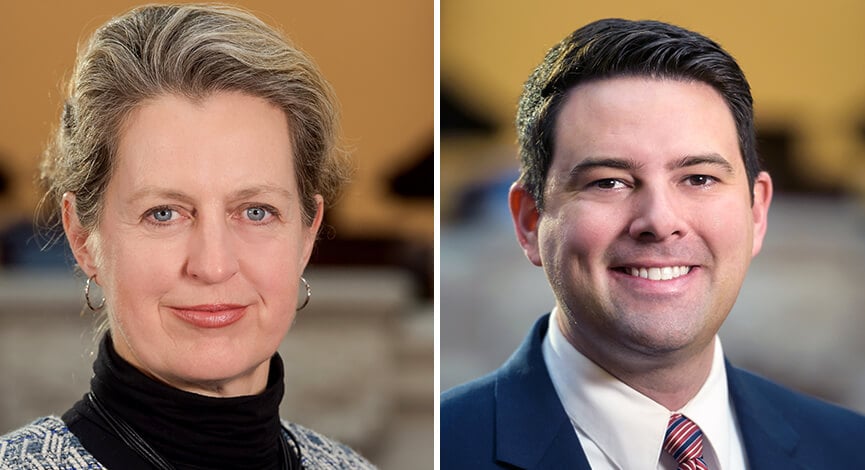 A bill making its way through the Ohio Senate would require the state to slash almost a third of all state rules based on whether they contain certain words.

On Feb. 24, Willoughby Fire Capt. Michael Kocab told the Senate Government Oversight and Reform Committee that it’s vital to keep some rules that might seem obscure to outsiders. In this case, he was talking about rules for fire protection systems and exits — and requiring that identical ones be in building and fire codes.

Not having them would “create a life-threatening danger to inhabitants of the building as well as emergency personnel who are putting their lives on the line responding to fires and emergencies,” said Kocab, who was representing the Ohio Fire Officials Association.

The legislation, Senate Bill 9, is based on 2019 research done at the Mercatus Center, a think tank on the George Mason University campus.

The center was funded with at least $30 million from Koch family foundations, investigative journalist Jane Mayer wrote in her 2016 book “Dark Money.” Koch Industries, the Koch family business, has been repeatedly cited for pollution and other environmental violations and the Kochs have spent heavily trying to roll back government regulation.

The Mercatus Center study that led to Ohio’s Senate Bill 9 looked at 44 states’ “administrative codes” — compilations of rules state agencies issue to carry out laws passed by their legislatures and signed by their governors. The study counted up five expressions: “shall,” “must,” “may not,” “prohibited” and “required.”

The study didn’t evaluate whether the rules containing those words were needed or whether they were effective serving their stated purpose. It merely counted up those words and tried to estimate what sectors of the economy would be affected by them.

For Ohio, the Mercatus Center study counted 246,000 occurrences of the words that the study’s authors considered to be problematic.

In written testimony before the Senate committee on Feb. 24, Zach Schiller of the think tank Policy Matters Ohio said that the context in which those words appear is at least as important as the words themselves.

“The Ohio Administrative Code contains regulations that govern the provision of public services,” he said. “Some of these regulations ensure that we have clean water to drink and air that is fit to breathe. Others ensure that we have sanitary restaurants and public swimming pools, that hospitals are certified or accredited, and that nursing homes are licensed. Some protect investments of taxpayer funds.”

He added, “Regulations are necessary to a civil society and a stable economy. Moreover, they are the product of the General Assembly’s everyday work.”

However, Senate Republican Caucus spokesman John Fortney said SB 9 is needed to clear away red tape that bogs down business.

“This simply continues the work from the previous General Assembly under SB 1 that had broad support,” he said, referring to a similar bill from last session. “Reducing the bureaucratic burden helps simplify and modernize the code to improve economic opportunities for existing and future business development, while maintaining standards for public safety.”

For his part, Schiller said that one of several reasons the bill is impractical is that the most of “regulatory restrictions” found in the Mercatus Center study have to do with utilities, the environment or health care. Many of those would require changes to state or federal law to get rid of, he said.

“If the General Assembly wants to reduce the Ohio Administrative Code by 30%, why doesn’t it repeal that percentage of the laws you and previous General Assemblies have approved?” he asked.