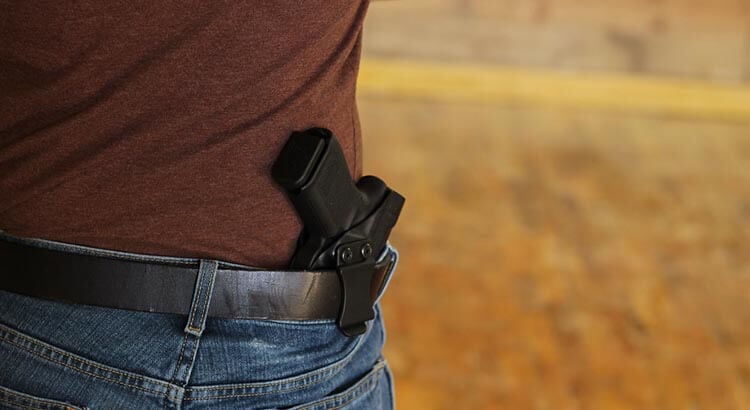 Republicans on a state House committee passed legislation Tuesday removing a requirement for licensed Ohioans to notify police that they’re carrying a concealed handgun or have one in the vehicle.

Under House Bill 89, the CCW (concealed carry) licensees would only need to inform police about a weapon if the officer in question asks. Only at that point would they be required by law to show their CCW license and disclose that they’re carrying or have a weapon in the vehicle.

The bill also removes the penalty for violating this requirement. Under current law, failing to “promptly inform” an officer about a weapon in the car is generally a first-degree misdemeanor and a suspended CCW license.

Law enforcement groups like the Buckeye State Sheriffs’ Association, the Fraternal Order of Police, and similar entities all opposed the idea.

“By reducing the requirement [to notify], this amendment could serve to create the tense situations that have led to an erosion of the public’s trust in law enforcement,” said Bruce Pijanowski, the Delaware Chief of Police, on behalf of the Ohio Association of Chiefs of Police.

“At a time where we’re asking law enforcement to deescalate and where demands for reform are being heard loud and clear, why would we legislatively create a situation that can result in escalation?”

Conversely, the gun lobby and gun activists support it.

In a Buckeye Firearms Association newsletter Tuesday morning, Dean Rieck, the group’s executive director, said the legislation gives “full control” to an officer if he or she wants to know if there’s a gun in the car.

“Current law requires gun owners to ‘promptly’ inform an officer,” he said. “But no one can define what ‘promptly’ means. This creates unnecessary confusion and tension between citizens and officers, and can result in criminal penalty and a fine.”

Jim Irvine, a lobbyist with the National Rifle Association, made similar remarks.

“This bill addresses the area of law where more license holders are caught up than any other section or issue,” he said. “They’re charged, not because they did anything wrong, they’re charged because the law is defective.”

Wiggam also introduced the legislation in 2017.

Supporters of the bill noted that Ohio is one of few states with a duty to notify (a state-by-state count varies by source, but BFA testified that 41 states only require notification from CCWs when asked).

Earlier this year, Gov. Mike DeWine signed stand-your-ground legislation into law. This removes the “duty to retreat” from gunowners who believe they’re being attacked before responding with lethal force.

The passage came despite evidence that stand-your-ground laws are linked to an increase in violent crime rates, and unequal consequences in the criminal justice system along racial lines, according to research published in the American Journal of Public Health. Groups representing Ohio’s police and prosecutors opposed the bill as well.