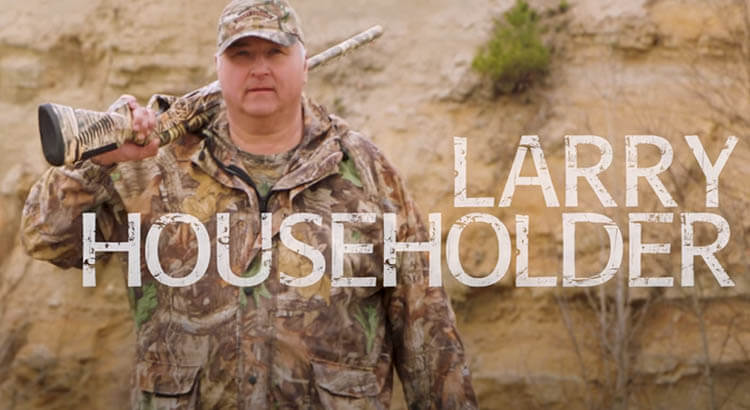 Rep. Larry Householder is seen in a campaign advertisement from 2018. Screenshot from YouTube.
ShareTweet

A historic nuclear bailout scandal in Ohio has already led to six indictments — including that of a House speaker — three guilty pleas and, unfortunately, one death. Still more indictments are possible next month when a federal grand jury is expected to again take up the matter.

The whole sorry episode illustrates the desperate lengths some are willing to go to profit at public expense. It also shows the pernicious effect a rising form of political funding is having on government.

This is Sunshine Week, an annual event during which news organizations and other open-government advocates highlight the importance of making politics transparent to the public. While post-Watergate laws requiring open meetings and access to government records were meant to address the abuses of an earlier era, a new form of opacity — dark money — is fueling a new era of public corruption.

It was a 501(1)(4) “social welfare” organization that secretly pumped $61 million from energy interests into an effort to pass $1.3 billion in rate increases that would benefit those who contributed the money. Earlier this year, Generation Now pleaded guilty, in essence, to hiding the source of the millions that went to electing House members who voted to make Householder speaker, pass House Bill 6 and to thwart a citizen initiative to repeal the corrupt measure.

In announcing the indictments, DeVillers pointed to an essential ingredient of the criminal conspiracy.

“I don’t see how (the conspiracy) could possibly have happened,” he said, if not for the misuse of Generation Now which, unlike political action committees, doesn’t have to disclose its donors.

When the U.S. Supreme Court in 2010 issued its controversial decision in Citizens United v FEC, the majority argued that transparency would offset any harmful effects of allowing unlimited corporate money in politics. Disclosure of the sources of the money, Justice Anthony Kennedy wrote, would allow the public to “see whether elected officials are ‘in the pocket’ of so-called moneyed interests.”

But that’s not how things worked out.

The ensuing money blitz and lax IRS enforcement led to a proliferation of spending by groups whose entire purpose seems to be to influence politics and government while hiding the sources of the money. In an interview last month, DeVillers said the reason why is obvious.

“I don’t know why anyone would use (political-action committees) and super PACs that are regulated by the (Federal Election Commission) where your donors have to be disclosed,” he said. “With a dark money group you don’t have to, so why bother? Why even think about using a PAC or super PAC when you can use a 501(c)(4) where you don’t have to disclose who your donors are? It’s the perfect mechanism. If you don’t want to disclose your donors, there’s absolutely no reason why you’d use a PAC or super PAC.”

As powerful interests increasingly seek to operate behind the dark-money veil, the damage continues to mount.

There’s the Ohio energy-bailout scandal, which DeVillers said was “likely the largest bribery and money-laundering scheme ever in the state of Ohio.”

And dark money fueled scandals have infected other states.

In 2014, Utah was rocked when the public learned that the secret money Attorney General John Swallow used to drive a payday-lending critic from the state House came from… payday lenders.

Swallow attacked the lawmaker, Brad Daw, in the deeply Republican state by running ads falsely claiming that Daw supported Obamacare. But Swallow was forced to resign and voters re-elected Daw after they learned from a state investigation that it was all an effort by payday lenders to loosen state regulations over them.

Despite Justice Kennedy’s assurances, voters didn’t know who’s pocket Swallow was in and they only found out after a multi-million-dollar, taxpayer-funded investigation.

The Center for Responsive Politics, a campaign-finance watchdog, pointed to several other dark-money fueled scandals:

At the time the Supreme Court issued its ruling in Citizens United, critics predicted that it would only increase the corrupting influence of money in politics. And, as the examples above show, the ruling was not accompanied by the sunshine Justice Kennedy so blithely predicted.

But there are attempts at reform.

The For the People Act passed by the U.S. House of Representatives would require dark money groups to disclose all election-related expenditures above $10,000 and tighten rules against coordinating with campaigns. Similar legislation is pending in the Senate.

We’ll see if it passes and if it does, whether it fixes anything.