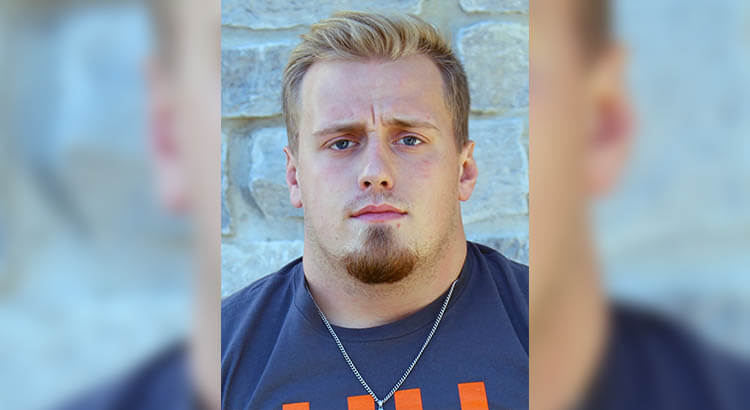 19-year-old Curtis Helman, a sophomore from Brunswick, Ohio, was killed when his ATV struck the bank of a ditch around 3:30 a.m. in Portage Township, Wood County. Helman was pronounced dead at the crash scene, WTOL reported.

“Our campus is devastated at this news. We ask that all of us keep Curtis’s family, parents Greag and Diane and sisters Brooke and Brianna, as well as his football family and his ‘Berg friends in our thoughts and prayers,” Heidelberg University wrote in a statement.

“Curtis was from Brunswick, Ohio, where he was a standout athlete, lettering three times each in football, wrestling and rugby. He was in his second year as a member of the ‘Berg football team and was majoring in Criminology and minoring in Psychology. He was a resident of Williard Hall,” the statement says. “Although his time with Heidelberg was much too short, he left a positive impression on everyone he encountered, especially his Student Prince teammates.”

“During difficult times like these, the true meaning of ‘the Heidelberg family’ comes into clear view. Please reach out for support if you need to, lean on each other and provide care for Curtis’s friends and family who are just beginning to grieve.”