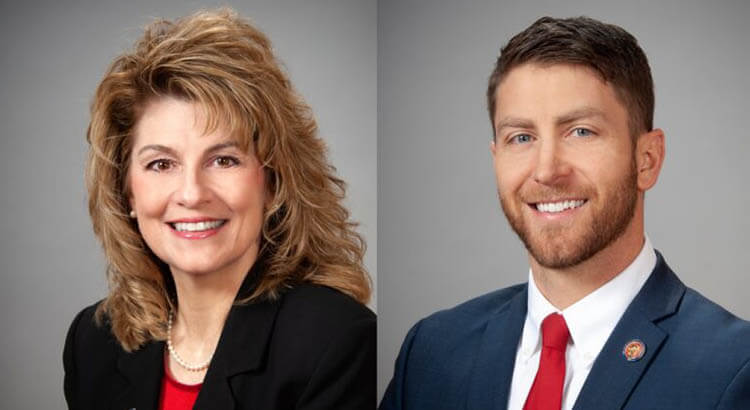 Some Republican lawmakers want to do away with an Ohio business tax that helps to fund state services.

A new bill proposes to repeal Ohio’s “commercial activity tax” (CAT for short) by phasing it out over the next five years.

This tax is levied on businesses with over $150,000 in yearly taxable gross receipts — in other words, regardless of the net profits or losses recorded in a given calendar year. The taxed rate is 0.26% for gross receipts beyond $1 million.

Ohio is one of the few states that taxes businesses on their total sales rather than on profits through a corporate income tax. CAT was enacted here in 2005 as part of a business tax overhaul that saw Ohio phase out its version of a corporate income tax as well as a separate tax on business machinery and equipment.

Still, more than a decade later, critics say CAT disproportionately hurts struggling businesses by taxing all earnings instead of profits.

The Buckeye Institute think tank advocates for repealing the tax. The group argues doing so would lessen the burden on existing businesses as well as make Ohio a more attractive climate for other businesses to relocate here.

Rea S. Hederman Jr., a vice president of policy for The Buckeye Institute, called CAT an “antiquated, Depression-era tax that hampers growth and prosperity for employers and employees across the country.”

Hederman argued last year that CAT is “particularly damaging” during “periods of economic distress” such as the pandemic, with businesses on the hook for paying the tax amid a difficult 2020.

Policy Matters Ohio, a progressive think tank, is more critical of the “two-for-one swap” in 2005 that enacted CAT in place of other taxes. The group points to data showing CAT has resulted in a sizable tax cut for Ohio businesses, which it argues has impacted state funding toward education and local governments.

The think tank proposes that Ohio retain CAT and reinstate the corporate income tax — with businesses paying one or the other depending on which is higher. This structure would only affect larger, more profitable companies, the group asserts.

House Bill 234, introduced last week by Republican state Reps. Jennifer Gross of West Chester and Riordan McClain of Upper Sandusky, proposes to phase out CAT by the year 2026. Their plan is co-sponsored by more than a dozen other Republican lawmakers.

One other separate bill being considered by lawmakers, Senate Bill 45, would provide another CAT exclusion for Ohio businesses that are suppliers for a “megaproject” operator. Such megaprojects are defined as those involving a major investment into “unique sites, extremely robust utility service, and a technically skilled workforce.”

Ohio law already gives tax credits to megaproject developers; SB 45 would add in other businesses providing goods and services toward the project. The bill would also extend how long business recipients are eligible to receive these tax credits.

HB 234 to repeal CAT awaits a committee assignment and its first hearing.