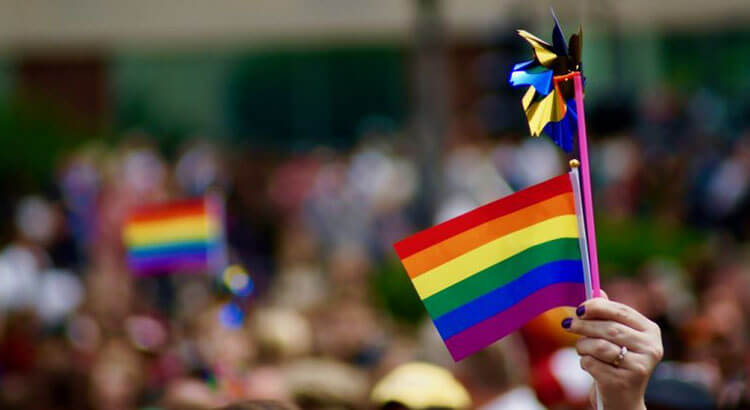 A bill to add LGBTQ people to the list of those protected from discrimination in the state of Ohio is once again coming to the legislature, this time with more bipartisan support.

As she has done in every General Assembly since she became a senator in 2011, State Sen. Nickie Antonio, D-Lakewood, is sponsoring the Ohio Fairness Act in the Senate. Her cosponsor this time around is Sen. Michael Rulli, R-Salem.

“We’re not looking for a parade or fireworks, we just want to do a common-sense approach to this bill,” Rulli said during a Thursday press conference announcing the new measure.

Antonio said with the state putting millions of dollars into an ad campaign to bring employees and business to the state, that effort should include creating a more welcoming environment for workers in the LGBTQ community.

“I’d like to suggest that we send a strong message…by passing the Fairness Act and sending that strong message that Ohio is open for business, and it’s a state that welcomes all families,” Antonio said.

The state bill would add to the federal bill by including discrimination protections in housing and public accommodation.

At the Thursday press conference, members of the business community and LGBTQ advocates spoke in support of the measure as improvements needed for the economic health of the state, among other reasons.

“Innovation requires an environment where innovators feel safe and are safe, and every Ohioan has the potential to be an innovator,” said Thomas Grote, chief innovation officer for Edge Innovation Hub.

Kevin Shimp, of the Ohio Chamber of Commerce, said the state “can not be seen as hostile to the LGBTQ community.”

A companion bill in the House will also be up for the 10th consecutive time, as announced in Thursday’s press conference, with the same cosponsors as it had in the last General Assembly, state Rep. Michael Skindell, D-Lakewood and Rep. Brett Hudson Hillyer, R-Uhrichsville.

“As we work to grow our economy and lower unemployment in the state, we must not allow discrimination of any form in our state to occur,” Skindell said. “Qualified and competent employees can currently lose their jobs because of who they are and whom they love.”

Eliana Turan of the LGBTQ Center in Cleveland said a vote for the bills “is an act of political courage,” and Siobhan Boyd-Nelson of Equality Ohio said LGBTQ protections have the support of a majority of Ohioans. Similar bills have also been passed in 22 other states.

The Rev. Luther Young, a minister at Woodland Christian Church in Columbus said he understands that there are members of the religious community that feel same-sex relationship and gender identities go against their own beliefs, but as part of a free society, ideological disagreements should not equal a loss of liberty.

“This is just another step in the ongoing journey of establishing a free and just society,” Young said. “(Ohio has) a history of expanding the boundaries of freedom to become more inclusive of all Ohioans.”

In order to pass either the House or Senate bill, Republican support will be necessary because of the supermajorities in the Statehouse.

Senate President Matt Huffman, R-Lima, did not hesitate in stating his opposition to the bill when asked about it after Wednesday’s Senate session.

“As a general notion, creating another set of parameters for lawsuits that of course inevitably fall on the back of the employers…will be fairly devastating to employers,” Huffman said.

Huffman went on to say there are “many forms of discrimination in the private workplace,” and protections need to be in place “if this is a chronic societal problem.”

“I don’t think that this measures up to that same kind of problem,” Huffman said.

“Along with Ohio’s competitive state taxes, reduced regulations and effective workforce training programs, the Fairness Act will make Ohio a more welcoming place to operate a business, relocate to and raise a family,” Dolan said.

Sponsors said the bills will be introduced in the coming weeks.