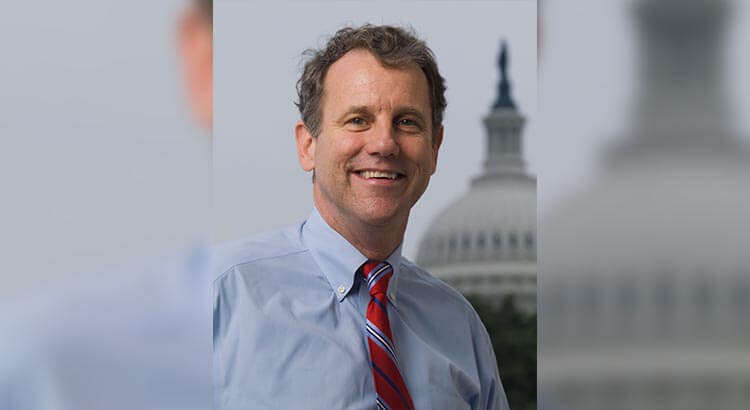 Brown, an Ohio Democrat who chairs the Senate Banking, Housing and Urban Affairs Committee, said that the pandemic has put long-standing income, gender, health and racial disparities on display. He added that essential workers who have worked through the pandemic have also shown the need to increase the federal minimum wage to $15 an hour.

“Ohio and the rest of the country don’t have to settle for a Wall Street-first recovery — we are the world’s richest country, with the largest economy, we have the resources to rise to meet the challenge for everyone,” Brown said.

During House Speaker Nancy Pelosi’s (D-Calif.) weekly press conference Thursday, she said the House is expected to bring the COVID-19 relief bill to the floor by the end of next week. She added that a gradual increase in the federal minimum wage to $15 an hour would also be included in the package.

The Biden administration is supportive of the measure but White House aides have said it’s up to the Senate’s parliamentary rules on whether the wage hike can be included in the relief bill.

The mayor of Youngstown, Jamael Tito Brown, told the Senate panel that minority-owned businesses have suffered the most under the pandemic, as well as people in his northeast Ohio city.

“Whatever federal assistance is provided must be a long-term coordinated strategy to get the resources we need to address the public health impact of COVID-19 and assure that housing, transportation, and small business efforts are included in a federal rescue plan,” he said in his opening statement. “If any component is ignored the entire community structure will likely fail.”

Tito Brown said that small cities like his need immediate relief, so they can not only survive the pandemic, but are able to thrive afterwards.

John Costa, the International President of the Amalgamated Transit Union — a labor union that represents public transport workers in Canada and the U.S. — said that his members need funding to prevent thousands of layoffs and provide protective equipment for workers.

Costa added that transportation workers should have access to vaccines to protect themselves because many buses have poor ventilation.

He said that without the $25 billion in the CARES Act passed last year by Congress and the $14 billion in the most recent COVID-19 relief bill, buses and trains would have stopped operating, which could have prevented essential workers from getting to their jobs.

In his opening statement, he urged the committee to consider an additional $39.3 billion in emergency funding to keep transportation running and safe during the pandemic.

“It’s funny, I listen to this (hearing) and when we’re at war nobody’s debating about funding, trillions are spent, but when it comes to war on our own turf here with this virus, we have this debate,” he said.

The committee’s ranking member, Sen. Pat Toomey (R-Pa.), raised concerns about unnecessary spending in the bill and the proposed $1,400 stimulus checks to individuals. He said he believes many Americans put previous direct payments in their savings.

“For some time now, the economy has been in some recovery mode,” Toomey said, arguing that unemployment has gone down. “This bill is wasteful, and largely unrelated to COVID.”

The Bureau of Labor Statistics’ most recent report found that unemployment has fallen by 0.4%, but more than 10 million people are still unemployed with women shouldering that burden. In December, all of the 140,000 jobs lost were women’s jobs, according to an analysis of BLS data by the National Women’s Law Center, an advocacy group that fights for gender equality for women.

Toomey argued that several earlier coronavirus relief bills already provided funding for rental assistance and that moratoriums on evictions were already in place.

But one of the witnesses, Jyoshu Tsushima, a staff attorney for Legal Aid of Columbus, an Ohio nonprofit that provides free legal advice to low-income tenants, said that the moratoriums placed in the CARES Act are difficult to enforce and many tenants don’t even know the moratorium exists.

Tsushima said that even before the pandemic, many Ohio renters were spending more than half their income on rent and living paycheck to paycheck.

“When these renters lost their jobs, or their hours were cut due to the pandemic, they were forced to rely on erratic spurts of stimulus checks, unemployment, and rental assistance, with little certainty about how much would come or when it would arrive,” he said.

Brown said that an increase to the minimum wage would help workers earn a stable income as the country starts to recover from the pandemic. Since it began a year ago, more than 8 million Americans slipped into poverty, according to a study by Columbia University.