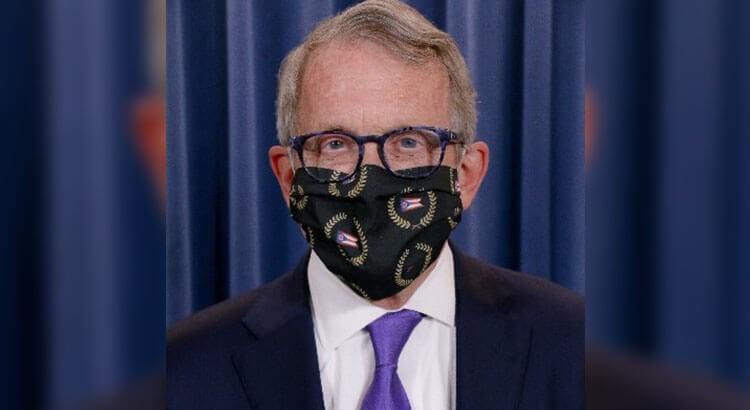 The Ohio Senate approved a bill Wednesday that would give lawmakers the authority to strike down public health orders, potentially setting up yet another pandemic showdown between Gov. Mike DeWine and legislators within his own party.

All 25 votes in favor of Senate Bill 22 came from Republicans, who say the bill would provide legislative oversight of the executive branch’s handling of a health crisis. Eight Democrats in the minority voted against.

Sen. Rob McColley, R-Napoleon, one of the bill’s main sponsors, said again on Wednesday that the legislation is not meant to specifically target DeWine and the Ohio Department of Health (ODH). He and other Republicans argued SB 22 is meant to address broader aims for checks and balances.

“This bill is not meant to be in any way an indictment of any of the policies that have been put in place by the administration over the course of the last 11 months,” McColley said.

This characterization of SB 22 runs counter to that from other bill supporters, who have placed their ire squarely on those currently in power. Committee testimony on SB 22 was dominated by Ohioans speaking out in favor of the bill, many of whom propagated misinformation about the virus and the mitigation efforts to prevent it from spreading.

Sen. Kristina Roegner, R-Hudson, was more direct in identifying her purpose for supporting SB 22. At a committee hearing held earlier Wednesday to advance the bill, members were asked if now is the right time to strip away ODH power as the state continues to battle a pandemic that has left more than 16,000 Ohioans dead.

“A good time would have been 10 months ago,” Roegner answered.

“It is COVID-19 that has disrupted our lives and our economy, not the necessary efforts to contain it,” said Dr. Bruce Vanderhoff, the chief medical officer of ODH.

The law would not change the state health department’s authority to issue public health orders meant to slow the spread of COVID-19. Nor would it change the governor’s ability to declare a state of emergency and issue executive orders related to that declaration.

It does, however, give lawmakers the chance to strike down orders they disagree with by passing a concurrent resolution.

Legislators could rescind a health order 11 days after it is issued. For a state of emergency, the number is 30 days.

The state of emergency declaration is limited to being in effect for 90 total days unless lawmakers decide to extend it.

The bill also creates a “Ohio Health Oversight and Advisory Committee” made up of six lawmakers from both chambers. The original plan was to also allow this committee to strike down orders, but this proposal was taken out of the bill voted upon Wednesday. If SB 22 is enacted, the committee would only play an “advisory” role.

SB 22 is substantively similar to another bill passed by the Ohio General Assembly in 2020 that also proposed allowing lawmakers vote down public health orders.

DeWine vetoed that bill (SB 311) last December. The Republican supermajorities did not amass enough votes to override the governor’s veto.

That may be different in 2021, with Republicans holding even more seats in both chambers. Of note is that several Republicans who voted against SB 311 last year decided to vote for SB 22 on Wednesday: Sens. Matt Dolan of Chagrin Falls, Stephanie Kunze of Hilliard and Kirk Schuring of Canton.

The bill needs passage from the Ohio House of Representatives to reach the governor’s desk. A House committee heard testimony on a companion bill on Wednesday afternoon.