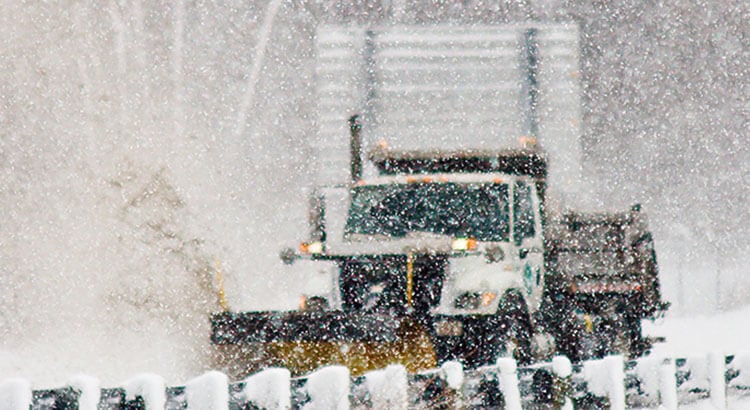 The Ohio Department of Transportation (ODOT) is preparing for what may be the most significant snowfall of the year which is expected to begin late Sunday or early Monday and continue into Tuesday.

“We anticipate this weather system to produce a consistent snowfall over a long period which will keep us on 12-hour shifts for an extended time,” said Rod Nuveman, ODOT District 1 highway management administrator, based in Lima. “We also expect reduced visibility. This snow is predicted to be dry so the accompanying winds of up to 25 miles per hour at times will factor in,” he said.

In between weather events, ODOT mechanics have repaired trucks — mostly minor repairs such as replacing hydraulic hoses. Salt was delivered just last week, and anti-icing liquids have been inventoried and transported among ODOT facilities to where they were needed. 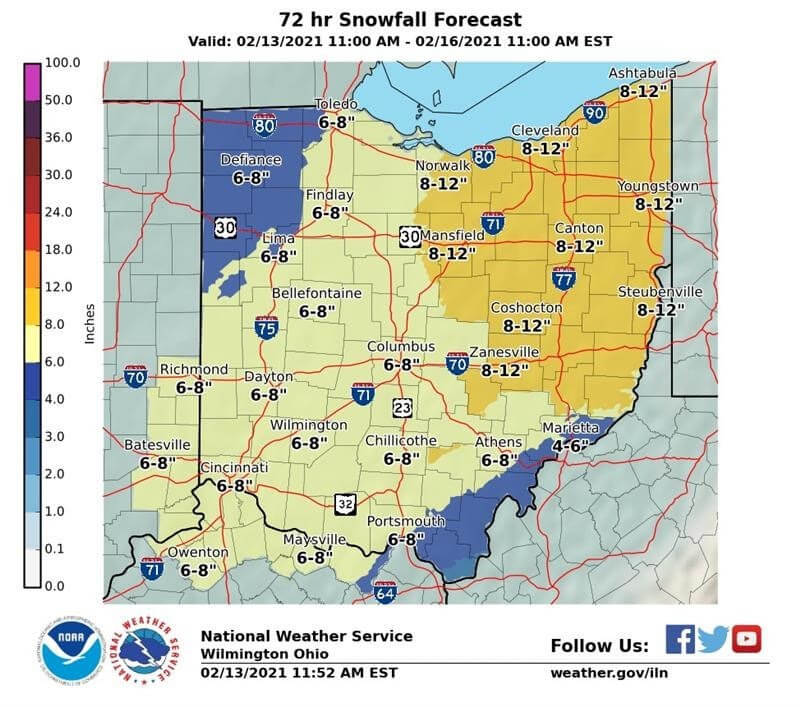 Predictions are that up to two inches of snow an hour could fall on Monday and Tuesday. “It could be a hefty storm. We will use all available personnel to ensure we provide the highest level of service,” said Mark Bressler, ODOT District 2 highway management administrator, based in Bowling Green. He advises motorists to prepare for a slow Tuesday morning commute as persistent snowfall, high winds, and lower pavement temperatures overnight Monday will degrade the effectives of anti-icing materials on highways. He added that rural routes will be especially challenging due to blowing and drifting snow.

Along with its full-time highway maintenance personnel, ODOT calls on its employees from other departments, and temporary seasonal workers to respond to storms. “This will be an all-hands-on-deck event,” said Bressler. Another system is expected to bring additional snowfall on Thursday, he said.