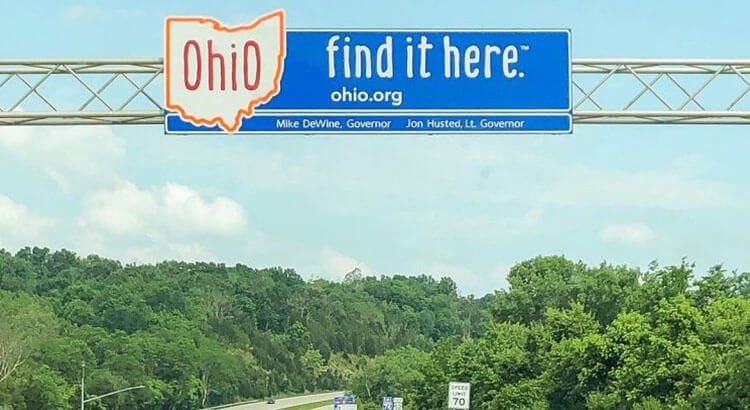 Welcome back to another installment of the Ohio Capital Journal Mailbag, the only column that is single-handedly driving coastal millennials to relocate to the Buckeye State. Let’s get to it:

I’m curious what the $50 million ad campaign will look like? (Also, is the budget set in stone after DeWine announced or are there opportunities to change it?)

Answer: Ideally, the ad campaign would feature Joe Burrow eating a Tony Packo’s hot dog while riding the Millennium Force. (This is probably why I’m in journalism and not advertising.)

Gov. Mike DeWine released his state budget proposal earlier this month, outlining $75 billion in suggested spending for the next two fiscal years. The idea that got perhaps the most attention is one that would only represent 0.07% of that budget.

Here’s how the governor’s budget fact sheet describes it: “Whether looking for a place to call home, receive an education, take a vacation, or start or advance your career, we want people living in and outside of Ohio to know they will find their future here. This budget will invest $50 million in a national marketing campaign to drive 3 billion impressions across broadcast tv, connected tv, digital and social media, paid search, and limited radio and print advertisements promoting Ohio as the ideal place to live, learn, work, and play.”

Essentially, it’d be an ad campaign to convince people living elsewhere to move to Ohio.

This state already has campaigns targeting entrepreneurs and corporations, along with efforts to boost tourism. It seems like this $50 million campaign is meant to target individuals and families to want to live here.

This proposal is not set in stone. There are a few issues to be settled as the DeWine administration and Ohio General Assembly negotiate the budget this spring.

Question 1: Does this campaign have merit?

Question 2: If so, how much should be allocated for it?

Question 3: If the campaign is approved, what exactly is the strategy and what should be featured?

Question 4: To what extent will Ohio be able to track the effectiveness of this campaign and determine if the project was worthwhile?

Some Democrats in the legislature have already panned the idea, positing the money could be better spent elsewhere. As relatively small of a portion of the budget as this $50 million is, it might be a tough sell with Ohio facing difficult financial times because of the pandemic.

Then again, DeWine can pitch this spending as an investment toward attracting new residents, who would therefore pay taxes, start businesses and buy Columbus Crew tickets.

The $50 million proposed by DeWine is one-time spending. Rep. Jon Cross, R-Kenton, has suggested Ohio should look into investing in this type of marketing work for the long term.

We’ll see a lot more discussions about the various aspects of the proposed budget in the months to come. Expect this $50 million campaign to continue getting a lot of attention.

How do I get some of that $50 million tourism money?

Answer: Go outside, shout the words “public-private partnership,” and wait for the Bat-Signal.

The governor admitted to massive failures within the Ohio Department of Job and Family Services, leaving thousands of Ohioans waiting months for unemployment assistance. What’s the real story behind this colossal failure?

Answer: This seems to be the million-dollar question in Ohio right now. If there was a clear, simple answer, one imagines it would have been fixed by now.

It’s no secret that Ohio’s unemployment system has been troubled by delays and technology problems for the duration of the COVID-19 pandemic. The system was not well-equipped to handle the massive surge of out-of-work Ohioans last March and April.

As my colleague Marty Schladen has written, the combination of an outdated system, understaffed department and overwhelmed call center has led to a year of frustration for struggling residents. The department has lately had to deal with a flood of applications that were flagged as being potentially fraudulent.

DeWine recently announced the creation of a new panel featuring representatives of five private  financial institutions. They will be working with the state to identify problems with the unemployment system and make recommendations on how to fix them.

“Our goal is quick action while keeping an eye on the long-term best processes going forward,” the governor said in a statement, “and we will continue working to improve the unemployment system so that eligible Ohioans in need can receive the financial assistance they are counting on during this pandemic.”

Hopefully this group will make their findings public so that reporters and Ohioans can know exactly what the issues are.

On the front lines of the poverty fight, the struggle for resources continue – Marty Schladen writes about the ongoing difficulties for low-income Ohioans.

‘Ludicrous and unhelpful:’ Senate Republican seeks to restrict SNAP and Medicaid in Ohio – Jake Zuckerman writes about a proposed bill that social service advocates have condemned and the sponsor said is meant to limit fraud.

Public health officials say SB 22 would hamper pandemic response – I wrote about a proposed bill to allow lawmakers to strike down health orders, and the public health experts who spoke out against it.

State education testing shows declines, may be waived in new legislation – The latest on how lawmakers and school officials are trying to navigate testing requirements, with reporting from Susan Tebben.