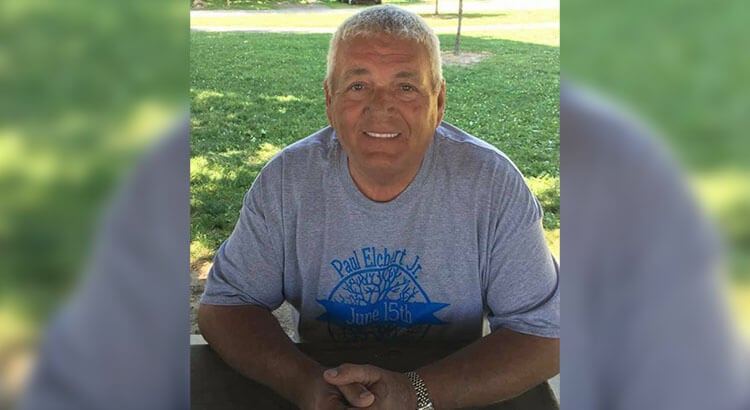 “He served as a mentor during our time together on city council and the early days of my Mayoral administration,” said Tiffin Mayor Aaron Montz. “Paul cared deeply about the Tiffin community and worked tirelessly to improve our city.”

Elchert’s time on council spanned 26 years, beginning in 1987, when he was first elected to represent the city’s Second Ward. He then went on to serve as city council president for several years beginning in 2002 until his retirement in 2013.

Upon Elchert’s retirement, Mayor Aaron Montz dedicated his birthday, June 15, as “Paul Elchert Make a Difference Day” in honor of Paul’s volunteerism. His fellow council members named the pathway at Oakley Park as “Paul Elchert Trail” to thank him for his service to Tiffin.

Elchert retired from American Standard after 38 years, where he also served as the Union President and Central Union President. He was a member of the St. Mary’s Catholic Church, AMVETS, Tiffin Moose Lodge, Eagles and the American Legion. Paul was a 1965 graduate of Tiffin Calvert High School, a proud Eagle Scout and a United States Air Force Veteran.

Elchert was known as a friendly face throughout Tiffin and as someone who deeply valued his family, friends and community. The countless hours he spent volunteering throughout Tiffin made the city a better place to live, work, play, and stay.

“While Paul may be gone, his legacy and accomplishments will live on to benefit many future generations of Tiffinites,” said Mayor Montz. “Rest easy friend, you’ll be missed by all.”

Elchert is survived by six children and nine grandchildren.

In lieu of flowers, memorial contributions may be made to the Casey Rochelle Elchert Scholarship Fund of the Tiffin Community Foundation at 31 S. Washington Street, Tiffin, Ohio 44883. On-line condolences may be left for the family at www.shookfamilyfh.com.