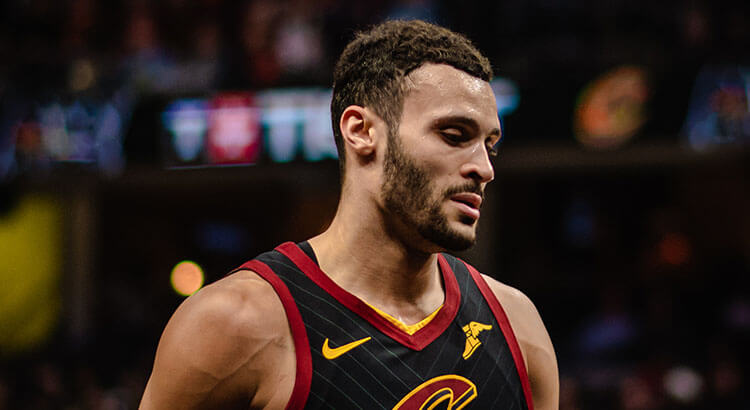 Larry Nance Jr. (Photo by Erik Drost and licensed under CC BY 2.0)
ShareTweet

Like many Ohioans, the Cleveland Cavaliers’ Larry Nance Jr. was caught by surprise when he learned the state has no law protecting LGBTQ people from discrimination.

When he found out Ohioans could be evicted from their homes or denied service in a restaurant or other business solely because of their gender identity or sexual orientation, he couldn’t believe it, Nance Jr. said in an interview Monday.

“I thought there’s no way that’s true,” he said. “But after looking into it, I saw that it was true, and it was appalling to me that as a society we’re not past that and better than this.”

Amid last summer’s protests for racial justice, Nance Jr. said he began doing more research into issues that matter to him.

After being contacted by the LGBTQ advocacy organization Equality Ohio, Nance Jr. said he took up the cause of the Ohio Fairness Act, legislation seeking to extend discrimination protection to the LGBTQ community. A version of the bill has been proposed but not passed in each Ohio general assembly for more than a decade. State Sen. Nickie Antonio, D-Lakewood, has sponsored the bill each new assembly she’s been in.

Nance Jr. said that he’s been in touch with state Rep. Brett Hudson Hillyer, R-Uhrichsville, a past sponsor of the legislation in the Ohio House alongside state Rep. Michael Skindell, D-Lakewood.

“I’ve been working with him on what we need to do to help get the word out and help get this thing passed,” he said. “We’re both very optimistic that this next cycle we can make a lot of ground.”

This isn’t a political matter, Nance Jr. said, it’s a matter of fairness and equality.

“To me, it’s all about the human rights aspect and that all people are treated fairly and equally,” he said.

In 2020, the U.S. Supreme Court ruled that LGBTQ individuals are protected from job discrimination under the Civil Rights Law of 1964. Before then, in more than half of the states in the U.S. including Ohio, terminating someone from a job based on sexual orientation or gender identity was not illegal.

Being LGBTQ is not.

“To me this is about the treatment of individual people. It’s about the rights of individual humans that I’m concerned with,” Nance Jr. said. “I have LGBTQ family members. The fact they can be refused housing, or kicked out of their house by their landlord who disagrees with their life, is disgusting. We’re past that as a society.”

He said that his goal is to let people know about this issue.

“All the responses I was getting on my (social media) posts were disgust at Ohio’s stance on this,” he said. “I think it’s important that people with a little bit of a platform start speaking out against it. So just in terms of educating people, I think it’s important.”

He said that those who stand opposed to banning LGBTQ discrimination by arguing it would grant special rights are ignoring the fact that protection from discrimination is already afforded to the other protected classes.

“I think it’s awesome that the law protects who it does, and it should, but to argue that this is granting special privileges is reverting back to ways this country doesn’t need to go back to. It’s hanging on to old guard.”

While Ohio Fairness Act bills have not yet been formally reintroduced in the new 134th Ohio General Assembly, they’re expected to be forthcoming.