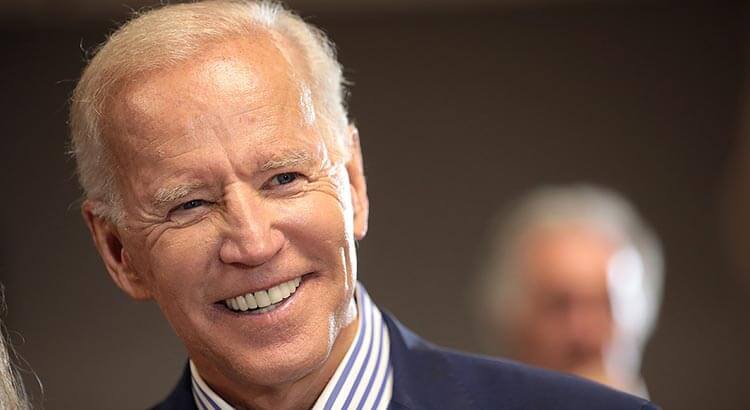 It was tough not to chuckle at a New York Times editorial this week chastising President Joe Biden for the barrage of executive orders that have gone flying out of the Oval Office during his first week behind the Resolute Desk, as if he were the first president ever to do so.

“This is no way to make law. A polarized, narrowly divided Congress may offer Mr. Biden little choice but to employ executive actions or see his entire agenda held hostage,” the Times’ editorial board soberly inveighed. “These directives, however, are a flawed substitute for legislation.”

They’re not wrong — but more on that in a minute.

Biden has, indeed, been busy. He’s committed to the United States rejoining the Paris Climate agreement; undone a ban on transgender Americans serving in the armed forces; killed the Keystone XL pipeline; halted construction on the border wall, ended a hateful Muslim travel ban, and he took action Thursday on a variety of healthcare-related measures.

Predictably, Republicans have grumbled about what they see as wild executive overreach by the 46th president of the United States. On Tuesday, U.S. Sen. Marsha Blackburn, R-Tenn, complained on Twitter: “30 executive orders and actions signed in only 3 days’ time. @POTUS, you can’t govern with a pen and a phone,” according to Newsweek.

Liberals, meanwhile, have rejoiced. So, in other words, balance has been restored to the Force.

The Times’ bellyaching, meanwhile, isn’t off the mark. The editorial board’s bottom line assessment that legislative authorization is always preferred to executive action is entirely correct. So too is its conclusion about the instability and unpredictability that’s created by governing fiats that disappear in the wind with every change of administration.

But this isn’t a problem that’s particularly unique to Biden. Former President Donald Trump signed a flurry of executive orders, as he sought to undo the legacy of ex-President Barack Obama.

Rather, it’s an issue that goes back decades, as presidents have wielded their powers more broadly, and as Congress has seemingly abdicated much of its law- and war-making authority to the executive.

A review of the last 50 years of executive orders highlights that trend, based on data compiled by the American Presidency Project at the University of California, Santa Barbara.

It’s too soon to tell, of course, whether Biden will shatter any records. But if we take Blackburn’s number at face value, and assume that Biden will continue to sign 30 orders a week for four years, that would result in an eye-watering 6,240 executive orders in a single, four-year term.

But again, the fact that Biden and his predecessors have felt increasingly emboldened to do end-runs on the legislative branch emphasizes a deeper dysfunction in our politics. As it becomes more riven by partisanship, Congress’ ability to get the work of the people done decreases proportionately.

Of the scores of bills that were introduced in 2020, Congress enacted just 28 of them, Axios reported, citing a new report by Quorum, a D.C-based public affairs software firm. While the 116th Congress was brought to a standstill by the pandemic, it still will be the least productive since the 1970s, Axios reported.

And despite reforms enacted in the post-Watergate years to counteract what the historian Arthur Schlesinger described as the “imperial presidency,” there’s been a gradual creep back in the other direction in the decades since.

“Since the 1970s, Democrats and Republicans have sorted themselves by party, with less room for internal dissent and less of a will to criticize or challenge a president from one’s own party. Both parties have been willing to grant the president more authority when it served their purpose,” historians Kevin M. Kruse and Julian E. Zelizer wrote in a 2019 New York Times op-Ed.

The current problem is further complicated by the rise of social media, Axios noted, as tweeting has replaced actual lawmaking.

Lawmakers, such as Blackburn, who profess to be horrified by Biden’s executive excesses, need to take a look in the mirror.

Congress may come first in the U.S. Constitution, but it’s been happy to play second fiddle to the White House for too long. And only they can fix that.