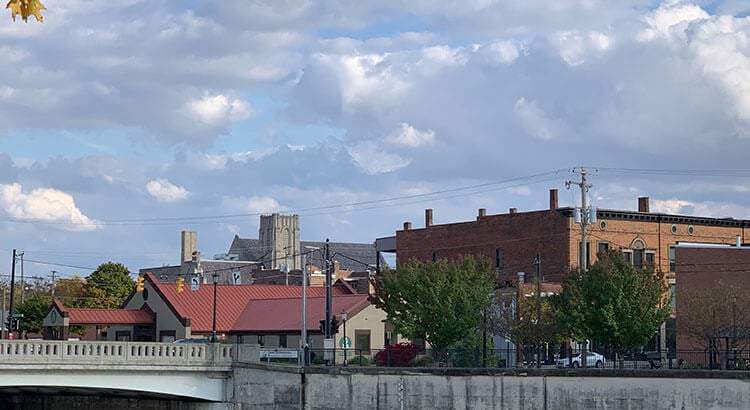 A bipartisan group of Ohio’s mayors said of the policies they’ll be watching over the next year, keeping the income tax changes implemented early in the pandemic is the most vital.

Members of the Ohio Mayors Alliance met on Monday to lay out their priorities, which unsurprisingly focus mainly on the end of the COVID-19 pandemic and healing their economies and communities as the state gets out of it.

“When we looked at the prior recession, it took us nearly a decade to come out of the 2008-2009 recession,” said Findlay mayor Christina Muryn. “That’s unacceptable.”

The city leaders said a saving grace for their local governments has been a tax change made under House Bill 197, passed in March, which taxes earnings based on an employer’s location rather than where the employees work. Because of so many people working from home, officials said this helps the municipalities as much as they can during a time of significant revenue loss.

“Unlike the state budget, we haven’t had the benefit of a strong sales tax,” said Parma Mayor Tim DeGeeter. “Cities have had the dual challenge of declining revenue and increased costs as frontline communities respond to this pandemic.”

Because income tax is often the largest source of economic resources for Ohio cities, this type of monetary loss would mean essentially a loss of independence for cities.

“I think most of the cities would have to declare bankruptcy right away, because there is just no path forward if this revenue would be taken away and nothing would be put in place,” said Dayton Mayor Nan Whaley of Dayton and cities in surrounding areas.

Mayor John Cranley, of Cincinnati, said losing the law would lead to “massive disruptions and chaos around the state of Ohio.”

“Nothing would defund the police more than losing the earnings tax of people who for the emergency, once-in-a-hundred-year pandemic, are working remotely,” Cranley said.

Cranley said members of the Ohio Senate have said there is no momentum to repeal the law as of now, but local leaders plan to be diligent in watching both houses of the state legislature to make sure nothing changes.

Other issues the alliance put on their 2021 agenda are redistricting, clean energy and the repeal of House Bill 6 and further addressing of the opioid epidemic.

When it comes to the fear of policy delays because of the Republican supermajority, mayors of both parties said they saw their priorities as common sense issues that the House and Senate should be focused on no matter their political side.

“When you look at our overarching priorities, as a Republic, I’m comfortable supporting them,” Muryn said. “Because they are saying we want safer communities, we are saying that we want economic recovery, that we want educational attainment. And if somebody disagrees with that, we probably need to sit down and have a conversation.”