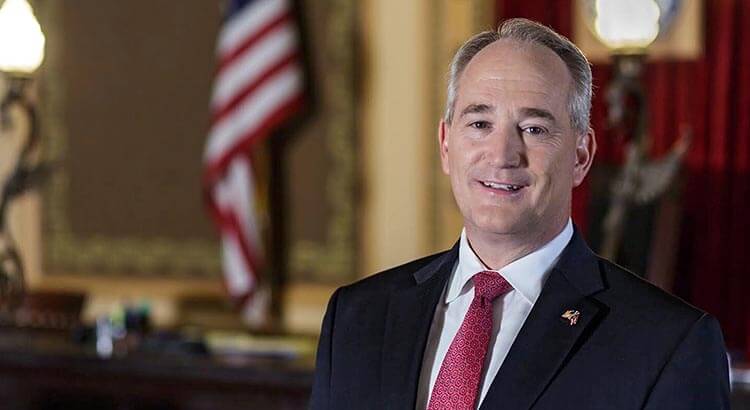 Auditor Keith Faber’s staff have declined to fully explain how they missed the deaths — which sprung Ohio’s death toll from about 12,000 to 16,000 — or what specifically auditors are investigating.

Both ODH and Faber’s auditors alike missed a broad swath of pandemic mortality as Ohio, like every other U.S. state, looked for an appropriate policy response for an infectious disease that principally spreads through person-to-person interaction.

The health department said it first identified a death data problem Feb. 2 before identifying and announcing the finding Feb. 10. Faber’s staff learned about the 4,000 newly discovered deaths that day.

She later clarified ODH denied “full access” to the database — the Ohio Disease Reporting System (ODRS). She said auditors “would not have been able to identify this miscount” without full access to the database, i.e. the identities of COVID-19 cases.

“As part of our audit, we requested full access to the ODRS database and ODH refused that, citing HIPAA and additional conditions of confidentiality related to the data set,” she said.

“ODH provided full access to the ODRS database in the form of a CSV file that was downloaded to ODH computers prior to the Auditor’s onsite visit,” she said.

Faber’s staff, according to Venkayya, relayed to ODH that this format would be acceptable.

Upon request, Venkayya also shared emails from state auditors who were seemingly pleased with the data ODH shared.

“We have had very good cooperation in completing the data analysis component of the audit and, if we’ve not already finished, we were working on finishing up the death certificate examination,” wrote Betsy Bashore, a Faber staffer, in a Jan. 11 email about the audit.

“As part of our audit process, we typically meet with our client agency to discuss findings to date. We had delayed this with the transition but really would like to get one scheduled as soon as possible. These usually involve leadership and department heads, particularly those people we have interacted with over the past 4 months.”

Faber did not respond to repeated interview requests over the last week.

Dumski, responding to the ODH emails, said auditors received anonymized data to protect individual identities. This would have prevented auditors from reconciling ODRS data with death certificate data to uncover the uncounted deaths, she said.

ODH Director Stephanie McCloud said last week the department started missing most of the 4,000 newly discovered deaths when a November death surge took off. The error, she said, traces back to a single employee’s failure to reconcile the ODRS data with a separate set of death certificate data.

ODH posts the ODRS data — stitched together from reports from labs, health departments, hospitals and care providers — on its website. It also regularly reconciles it with death certificate data, which is more accurate but less timely than the disease database.

As the death surge took off, cases started getting missed by this lone employee who failed to notify his superiors, McCloud said.

Since the news broke, an epidemiology investigator with the department resigned, and the ODH Bureau of Infectious Diseases chief was reassigned.

The precise nature of Faber’s audit remains shrouded in mystery.

He announced the probe in July, stating auditors would “examine case numbers of COVID-19.” Confirming the accuracy of the data, he said, will provide “valuable feedback to key policy makers and increased confidence for all Ohioans on how to best mitigate the spread and impact of this virus.”

The news came amid rumors, amplified by conservatives in media and politics, that health departments were inflating COVID-19 data for political gain. The Ohio House went as far as to pass a “Truth in COVID-19 Statistics” bill. No evidence has been presented to suggest ODH’s data is somehow fraudulent.

An online survey on the auditor’s website fielded documentation that would indicate an overcount of COVID-19 infections, as opposed to an undercount of deaths. The survey sought respondents who received “test results that were later reversed” or “results for tests the individual did not take.”

Faber touted the audit at a rally for then-President Donald Trump, who regularly downplayed COVID-19 and claimed its death toll is “exaggerated,” and at a political fundraiser this summer as well.

His office denied a public records request for survey data and supporting documentation. However, a spokeswoman said if there were any “alarming” findings, auditors would work with ODH to address the issue immediately for the benefit of public health.

The survey closed Jan. 23. The audit is slated for release in March.