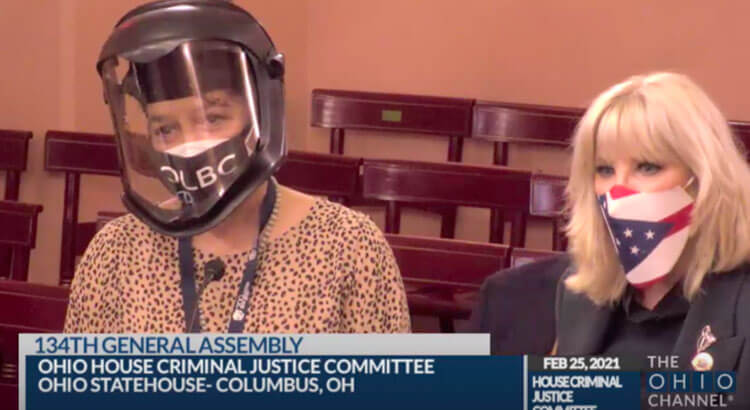 Expansions to domestic violence protections have once again returned to the Ohio Statehouse, after passing the House last year but failing to see daylight in the Senate.

The bill is nicknamed Aisha’s Law, after Aisha Fraser, a Shaker Heights teacher and mother killed by her ex-husband, former judge and state legislator, Lance Mason, during what was supposed to be a supervised exchange of their children.

Mason had previously served prison time on a previous domestic violence charge, leveled after another attack on Fraser.

“He abused her, brutally, and most of us in the world who knew them did not know,” Boyd said Thursday.

The bipartisan-sponsored bill has many of the same provisions seen in the measure that passed the House last May.

One of the most important provisions to Boyd is expanding the legal definition of domestic violence to include strangulation, something Ohio is behind most of the country in doing.

“Strangulation is often used by a perpetrator to accomplish a rape or demonstrate how far they are willing to go to establish control in a relationship,” Boyd said.

If made law, if a person has been previously convicted of a domestic violence offense “resulting in serious physical harm,” that person can be charged with aggravated murder “if they purposely cause the death of another when the victim was a family or household member of the offender,” the Bill states.

With an appropriation of $150,000 to the Ohio Police Officers Training Academy (OPOTA), curriculum and training would be developed to implement parts of the legislation.

That training would be part of what Boyd calls a “continuum of strengthened protections” for survivors of domestic violence.

From the point of contact with law enforcement, tools would be in place to notify the survivor of their rights, and to give police a “lethality screening” on which to base their next steps.

“There is no mandate (for survivors to participate), but showing a survivor that there is a process in place, that they might be able to stand under and walk out under goes leagues beyond where we have been,” Boyd said.