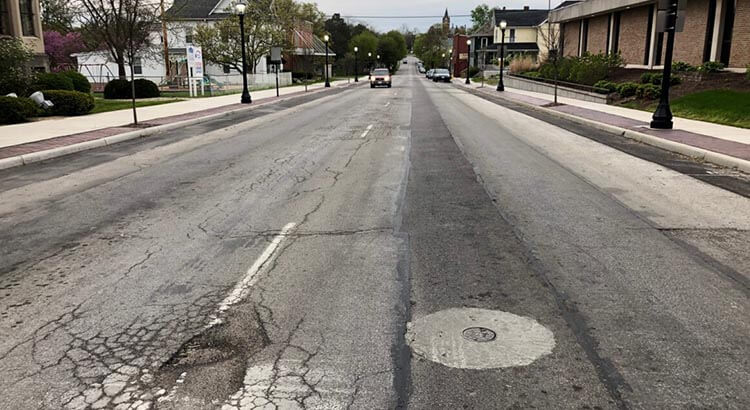 Tiffin, Ohio — Using a combination of funding from the Road and Bridge Levy and state funding, the City of Tiffin is estimated to spend almost $1.7 million for paving of streets in 2021.

Tiffin City Council approved the budget for paving during its meeting on Monday, Dec. 28.

At the Monday, Jan. 4 City Council meeting, City Council approved the paving list (provided below) for the 2021 Pavement Repair Program.

This project is funded 100 percent by Road and Bridge Levy funds, which voters had approved in 2018. The engineer’s estimate for this project will be $550,000 for the base bid and $125,000 for the alternate bid.

Additionally, the City of Tiffin also has a $500,000 project being coordinated in 2021 with Ohio Department of Transportation that will resurface Melmore Street between the corporation limits and Hedges Street, South Sandusky Street between Ella Street and Cottage Avenue, and South Washington Street between Sycamore Street and Riverside Drive.

The estimated cost of this project is approximately $260,000 of which $188,000 is being funded by ODOT and the Ohio Development Services Agency.

The City of Tiffin also has a grant application submitted to the Ohio Public Works Commission to resurface portions of Hudson, Oak, North Monroe, Franklin, Ash and Clyde streets. The estimated cost for this project is $375,000 and, if awarded, the City of Tiffin would receive up to $125,000 to assist with the funding of this project.

Tiffin Mayor Aaron Montz commented, “I thank City Engineer Matt Watson for continuing to stick to our paving plan, find sources of funding to stretch our city dollars and for the voters for passing the Road and Bridge Levy, which has increased our paving efforts.”

In 2020, the City of Tiffin spent $900,000 in paving for city roads using a combination of funding from the state and Road and Bridge Levy funds.

City Engineer Matt Watson said, “I’m proud that we can continue to invest in our city streets and recognize that this would not be possible without the passage of the Road and Bridge Levy. This year, the City of Tiffin will be able to further invest in our infrastructure by more than 4 times the amount previously spent prior to the passage of the levy.”

Roads to be paved as part of the 2021 Pavement Repair Program: