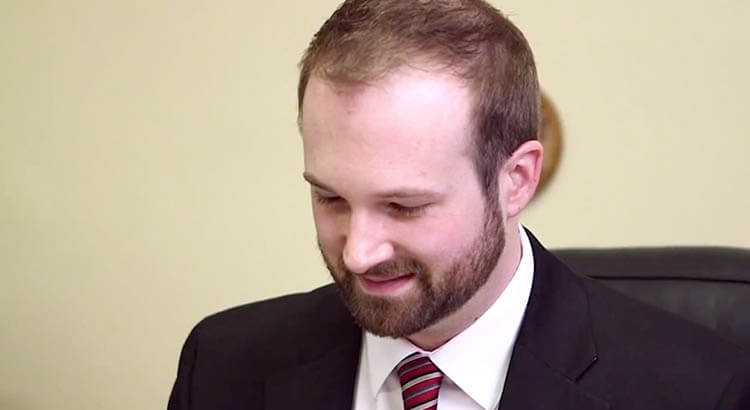 Tiffin, Ohio — Tiffin Mayor Aaron Montz on Thursday reacted to the armed insurrection by pro-Trump rioters at the U.S. Capitol on Wednesday, saying he’s “had enough” and that “violence is never the answer.”

“Rioting, looting, and desecrating property is never the solution. Our nation needs to hit the pause button and do some serious self-reflection before any more irreversible harm occurs,” Montz said in a statement posted to social media.

“Following this period of reflection, real, serious conversations must happen which lead to solutions. The political rhetoric on all sides needs toned down significantly and immediately. Over the last year we have seen so much hate, so much destruction, further pushing our nation towards the tipping point. It has to end and end now,” the mayor said.

Folks I’ve had enough. The last year has been the worst for America of my lifetime. Below is a statement I released today regarding the state of our nation. pic.twitter.com/qbbY4LMxTL

Montz said leaders in Washington should observe how government operates in the City of Tiffin.

“If only our leaders in Washington could operate with the same dignity and decorum as we do in Tiffin. I would challenge any of them to watch our City Council meetings and identify who is a Republican, who is a Democrat, and who is an Independent,” Montz said. “I cannot remember a single time in which votes fell along party lines, we do not utilize personal attacks, and we work together for the betterment of the citizens of Tiffin. If only this spirit of honest communication could be had within the walls of Congress and utilized by our leaders in Washington.”

While Montz didn’t criticize President Donald Trump for inciting the insurrection, he challenged political leaders in Washington to improve.

“My charge to those individuals: do better!”