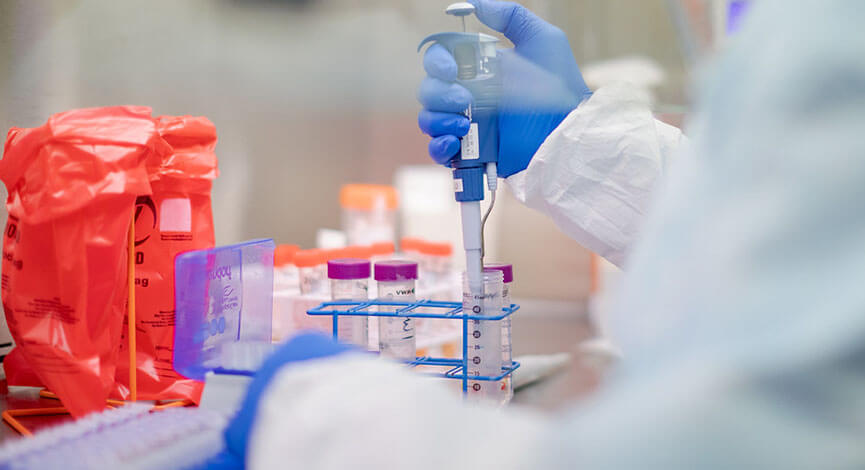 As Ohio struggles with a painfully limited supply of coronavirus vaccine, it is spending $50 million on rapid, at-home tests in order to quickly detect hot spots as they emerge.

Gov. Mike DeWine on Thursday announced the deal to purchase 2 million of the BinaxNow tests manufactured by Abbott Laboratories. A digital health platform called eMed will remotely coach Ohioans on how to test themselves.

The tests are being purchased as the prospect of increased vaccine production appears to be at least as far off as March, when it is hoped that a single-dose vaccine made by Johnson & Johnson will receive regulatory approval. The New York Times reported Thursday that several others are in the pipeline behind the Johnson & Johnson vaccine and could get approval — and dramatically increase vaccine availability — this summer.

But at the current rate of production, it appears that non-priority Ohioans won’t be able to get the vaccine until well after that.

Also on Tuesday, CNN reported that members of the incoming Biden administration inherited no vaccine distribution plan from the administration of now ex-President Donald Trump. But DeWine said that’s not the biggest problem confronting him at the moment.

“Our problem is simple: lack of vaccine,” he said. “If we woke up with more vaccines, we certainly would know where to go with them.”

So for now, the state is using money from last March’s federal CARES Act to buy home tests so officials can spot covid outbreaks in places of work and in similar settings.

One issue with rapid tests is they’re considerably less accurate than polymerase chain reaction — or PCR — tests, which take much longer to process. DeWine himself received a false-positive from a rapid test in August, as he prepared to meet with Trump in Northern Ohio.

However, false positives are rare with the rapid tests, said Bruce Vanderhoff, chief medical officer with the Ohio Department of Health, adding that false negatives are far more common.

“These tests have come a long way,” Vanderhoff said, referring to the period since DeWine got his erroneous result.

Be that as it may, the BinaxNow tests appear to have a very high rate of false-negative results — particularly among asymptomatic coronavirus carriers.

The U.S. Centers for Disease Control and Prevention on Thursday reported on an evaluation conducted in Arizona in November. It checked the BinaxNow tests by comparing its results to those of PCR tests.

While the rates of false negatives are high, public-health experts have said widespread rapid testing is a useful tool because it enables them to better monitor the spread of the disease through a given population.

In other coronavirus news, DeWine said he’s going to extend a 10 p.m. – 5 a.m. statewide curfew. While daily reports of new coronavirus cases in Ohio have leveled off in recent weeks, they’re still far too high, he said.

Thursday saw  7,271 new cases over the past 24 hours and 109 additional deaths were reported, according to the state’s covid-19 dashboard.

And in a pandemic-related woe, Lt. Gov. Jon Husted reported that unemployment payments to nearly 800,000 Ohioans are being slowed as state officials look into possible fraud. The news comes as the Ohio Department of Jobs and Family Services struggles to update a creaky, outdated system — a problem shared by many states.