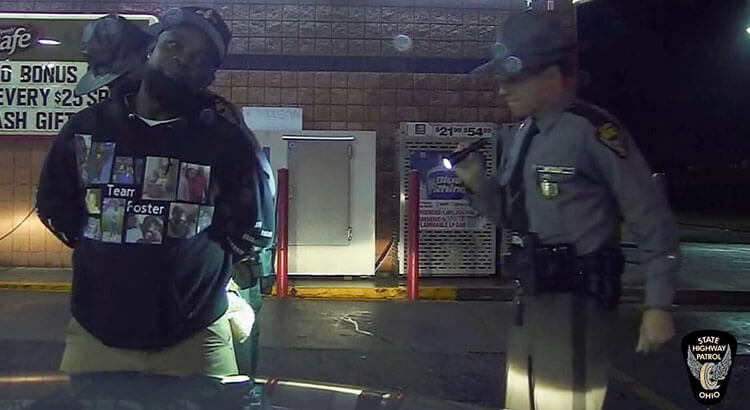 Troopers from the OSHP Findlay Post arrested Tremell De Wayne Foster for felony OVI. He has been charged with 6 previous OVIs in the past 15 years. (Photo courtesy OSHP)
ShareTweet

Findlay, Ohio — Ohio State Highway Patrol troopers charged a 45-year-old Findlay man with  operating a vehicle under the influence for the seventh time.

The driver, Tremell De Wayne Foster, was pulled over on Saturday, Jan. 2 for a speeding  violation in Allen Township. Foster was observed driving southbound on Interstate 75 near the  county Road 99 exit at 83 mph in a 70 mph zone.

During the traffic stop, troopers determined Foster to be under the influence of alcohol. Field  sobriety tests were conducted and the driver was subsequently arrested and charged with felony  OVI. Foster has been charged with OVI six previous times in the past 15 years. His driver’s  license was also found to be under suspension since 2003.

“Impaired driving is something troopers take seriously,” said Lieutenant Matthew R. Crow,  Findlay Post commander. “It is not worth risking your life or others by getting behind the wheel  impaired.”