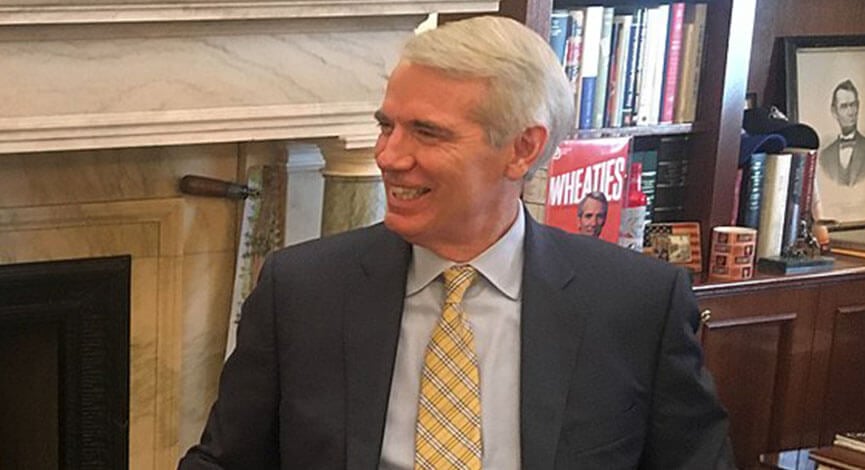 Welcome back to another installment of the Mailbag, the only column in Ohio that politicians are giving serious consideration to reading.

Anyone in the Ohio legislature looking at running for Sen. Rob Portman’s seat?

Answer: Yes, although whether or not they have any legitimate shot is a different question.

The Buckeye State is currently in the throes of Portmania. After the election season that wouldn’t end, it’s fitting that we are already diving into the 2022 waters. 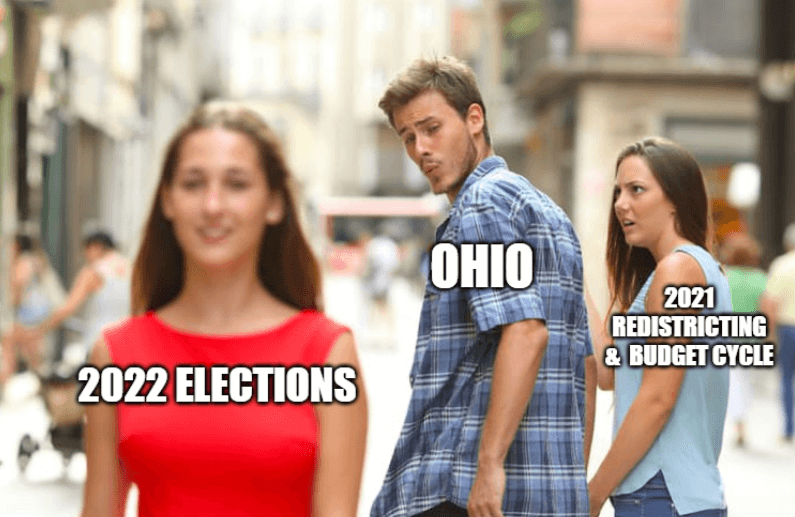 The present state of Ohio politics.

Portman is not running for reelection next year, and said his early announcement was to give potential candidates enough time to prepare.

Like prairie dogs popping their heads above ground at sunrise, Portman’s announcement has piqued the interest of many an Ohio politician.

In fairness, it is not often a U.S. Senate seat opens up. Each state has only two of them, and terms run for six years. A well-liked politician can hold onto their seat for decades; Ohio has had just six different senators since 1977.

Sen. Sherrod Brown is 68 and could conceivably serve for a few more terms, should he so choose. If Ohioans elect a relatively young politician to Portman’s seat such as Tim Ryan (47 years old) or Josh Mandel (43), it could be quite awhile until we see another open seat like this.

Ohio politicians are all doing the math this week. Some might view 2022 as realistically their best (or only) shot at ever being elected to the U.S. Senate. Under such circumstances, it makes sense for those interested in such a position to at least kick the tires, turn over some rocks, or whatever other euphemism for political opportunism you prefer.

As I write this, no one has officially committed to jumping in the race to replace Portman.

I spent some time reviewing various news reports, social media posts and press releases. I’ve divided all the names mentioned so far into two categories: those who are confirmed to be thinking about running, and those who are merely rumored to be possible candidates.

To answer Patrick’s question — just two of the above names are currently serving in the Ohio General Assembly.

Republican Sen. Matt Dolan of Chagrin Falls is the only sitting state lawmaker who is confirmed to be thinking about a run.

Another name to throw into the Ohio Senate race mix: Chagrin Falls Sen. Matt Dolan is considering running. His advisers view his lane as a more-moderate, business friendly Republican in the same vein as Rob Portman.

Dolan was just elected to a second term in the Ohio Senate, representing a portion of Cuyahoga County. He’s also a lawyer whose family owns the Cleveland Indians baseball team.

Democratic Rep. Emilia Strong Sykes of Akron, the House Minority Leader, is another name being tossed around. Sykes is considered a rising star in the party and was already among those viewed as a potential statewide candidate in 2022 prior to Portman’s announcement.

It’s not a coincidence that far more U.S. representatives are contemplating a run for Portman’s seat compared to those in the Ohio legislature. Campaign fundraising rules give members of Congress a leg up in this race.

Those serving in the U.S. House of Representatives can use money from their campaign committee toward a run for U.S. Senate — by virtue of both offices being in the federal government. The law prohibits a state lawmaker or statewide office holder (such as governor) from doing so.

To put it in simple terms: Candidates raise money for their campaigns and sometimes have money left over after Election Day. This amount is usually referred to as “cash on hand,” and is used for donations to like-minded candidates/causes or is saved for their next run for office.

As such, those in Congress can use the money they already have “on hand” in their federal campaign accounts for a U.S. Senate race. Those serving at the state level cannot.

This rule has some interesting implications and could play a big factor in determining which politicians actually file for the seat.

Attorney General Dave Yost, to use an example, has half a million dollars in his “Dave Yost For Ohio” campaign account. But he cannot use that money for a theoretical U.S. Senate campaign.

Josh Mandel is a unique case. He served eight years as state treasurer, leaving office in early 2019. His “Citizens For Josh Mandel” campaign account has just $111 on hand.

But Mandel also campaigned for the U.S. Senate in 2012 and had plans to run again in 2018 before dropping out of the latter race. Mandel’s federal campaign committee still has $4.3 million on hand.

Here are the politicians on the above list with active federal campaign accounts, and their cash amounts on hand (as of the latest filing period):

Meanwhile, a state legislator would start with $0.

Besides money, there are other advantages to being in Congress: Name recognition, a bigger megaphone and already having experience (and connections) on Capitol Hill.

Of the 100 sitting U.S. Senators, nearly half of them previously served in the U.S. House of Representatives. This includes both of Ohio’s senators.

Another 27 were statewide office holders such as governor or secretary of state, positions which naturally gained them a level of notoriety.

I counted just 10 which made the leap from state legislature to the U.S. Senate. Most of these politicians hail from lesser populated states such as Wyoming, Iowa, Nebraska, Montana and Alaska, where you might expect there to be fewer high-profile politicians to compete against.

Rare is the state lawmaker from a place as populated and geopolitically diverse as Ohio who can make this jump.

It’s a difficult path, but it’s possible. I hesitate to rule out anything in politics these days.

Teachers unions push DeWine to support schools without ‘coerced conditions’ – How should Ohio schools approach a return to the classroom? Susan Tebben reports the latest impasse.

Ohio economists say return to school will boost the economy – Reporter Marty Schladen offers another side of the school reopening coin.

For years, Portman navigated the shifting political climate. Now he wants out. – I profiled Sen. Rob Portman’s career and how he’s walked the line between centrism and the more hardline elements of his party.