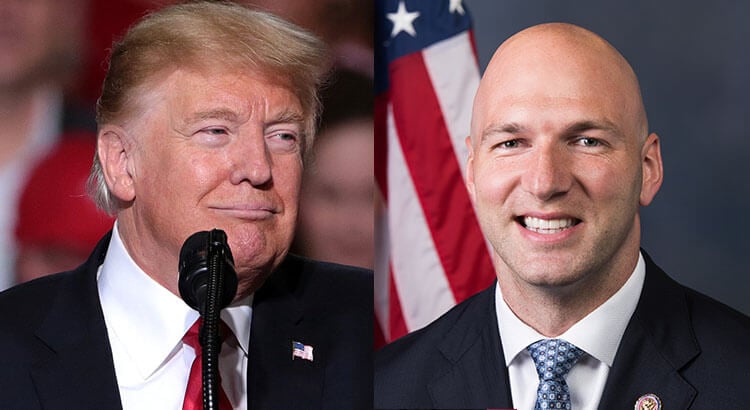 One Ohio Republican joined four Democrats in voting to impeach President Donald Trump on Wednesday as part of an effort to remove the president from office with a week remaining in his term.

U.S. Rep. Anthony Gonzalez, R-Rocky River, was one of 10 House Republicans in voting yes to impeach the president. The final vote to impeach Trump was 232-197.

“When I consider the full scope of events leading up to January 6th including the President’s lack of response as the United States Capitol was under attack, I am compelled to support impeachment,” Gonzalez said in a statement.

Gonzalez blamed the president for having “helped organize and incite a mob that attacked the United States Congress in an attempt to prevent us from completing our solemn duties as prescribed by the Constitution.”

See my full statement on impeachment below. pic.twitter.com/pBBYRI2RUP

This is not the first time the Cuyahoga County Republican has broken ranks from most others in his party. In December, the Washington Post newspaper surveyed all Republican members of the U.S. Congress to ask who they thought won the election. Out of 249 members, Gonzalez was one of just 27 who acknowledged President-elect Joe Biden as the winner — weeks after Biden had already been projected as the winner.

In his response to the Post, Gonzalez criticized “unfounded claims by anyone about widespread voter fraud without sufficient proof.”

The four Democrats from Ohio also voted Tuesday to call on Vice President Mike Pence to invoke the 25th Amendment in removing the president from office. No Ohio Republican voted in favor of that resolution.

The Wednesday vote marked the second time in 14 months the Democratic-led U.S. House of Representatives has voted to impeach the president.

U.S. Rep. Jim Jordan, R-Urbana, the Republican Party’s ranking member of the House Judiciary Committee, led the opposition. He and other Ohio Republicans condemned the removal efforts as being divisive and unnecessary with the president set to leave office next week.

“In seven days there will be a peaceful transfer of power just like there has been every other time in our country, but Democrats are going to impeach President Trump again,” Jordan said on the House floor on Wednesday. “This doesn’t unite the country. There’s no way this helps the nation deal with the tragic and terrible events of last week that we all condemn.”

Rep. Steve Chabot, R-Cincinnati, said America is “at a crossroads” and that Congress should choose a “more positive, constructive path and vote down this ill-conceived effort.”

“We should tone down the political rhetoric,” Chabot continued. “We should work together to solve the problems that face our nation. We should put aside our differences and find common ground and we should bring Americans back together.”

The calls for unity mark a striking reversal for those which only a week ago sought to reverse the presidential election vote.

Jordan, Chabot and three other Ohio Republicans — Bob Gibbs of Lakeville, Bill Johnson of Marietta and Warren Davidson of Troy — voted against certifying the Electoral College count of Pennsylvania, citing baseless claims that widespread fraud led President-elect Joe Biden to win that state. Four of the five members — with the exception of Chabot — also rejected the Electoral College count of Arizona.

Their votes were made hours after insurrectionists stormed the U.S. Capitol, a riot that left five dead.

With the House vote concluded, the U.S. Senate now will conduct a trial on the article of impeachment. It’s unclear exactly when that trial will commence, though it may extend into Biden’s presidency.

U.S. Sen. Rob Portman, R-Ohio, said in a Tuesday statement that “President Trump bears some responsibility for what happened on January 6.”

“Now is the time to work together to heal our country,” his statement concluded. “My hope is that the tragic attack on the Capitol on January 6 can serve to unite us rather than divide us further.”