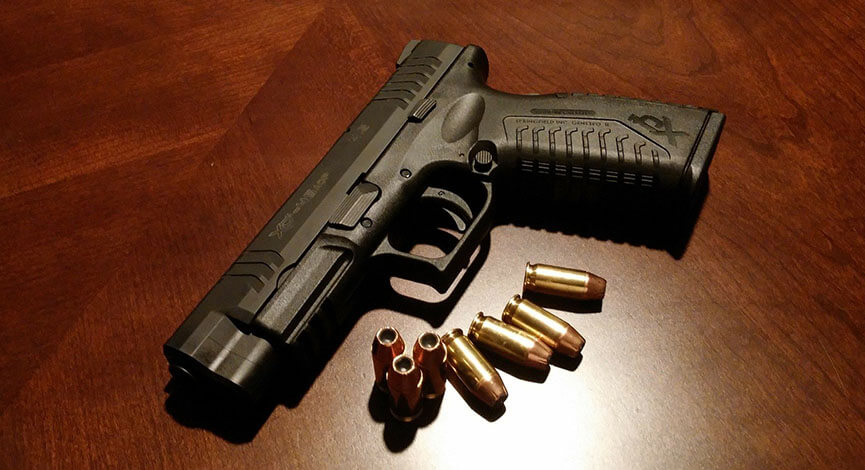 Just two weeks after Gov. Mike DeWine reluctantly signed a so-called “Stand Your Ground” bill into law, two Democratic legislators are pushing in the new Ohio General Assembly term to have it repealed.

The passage of Senate Bill 175 during a lame-duck session last month marked a significant policy victory for Ohio gun advocates. The bill removed from state law a person’s “duty to retreat” from a confrontation before using deadly force against a perceived threat.

The bill passed along mostly party lines, with all Democrats voting against and just four Republicans in the Ohio Senate joining them.

Democratic Reps. Adam Miller of Columbus and Thomas West of Canton plan to introduce legislation to repeal SB 175, which they refer to as a “Shoot First” law. In a provided statement, the two claimed this new law could allow minor conflicts to escalate into deadly violence.

“One of our most important responsibilities as elected officials is to ensure the safety and security of those we serve, those who sent us to Columbus,” stated West, who serves as president of the Ohio Legislative Black Caucus. “This law did the opposite — quite simply, its passage made us less safe, especially Black Ohioans and other Ohioans of color.”

With Republicans still holding supermajorities in both legislative chambers, this repeal effort is unlikely to be successful. But the two noted public pressure to reform Ohio’s gun laws following the 2019 Dayton shooting as well as DeWine’s own calls for reform.

In signing SB175 into law, DeWine stated he was “very disappointed … that the legislature did not include in this bill the essential provisions that I proposed to make it harder for dangerous criminals to illegally possess and use guns.”

West added, “When the people of Dayton and others across our state issued us a call to ‘do something’ following the horrific tragedy in that city, this is not at all what they meant. We hope our colleagues will join us in restoring our neighbors’ safety by repealing this dangerous law.”