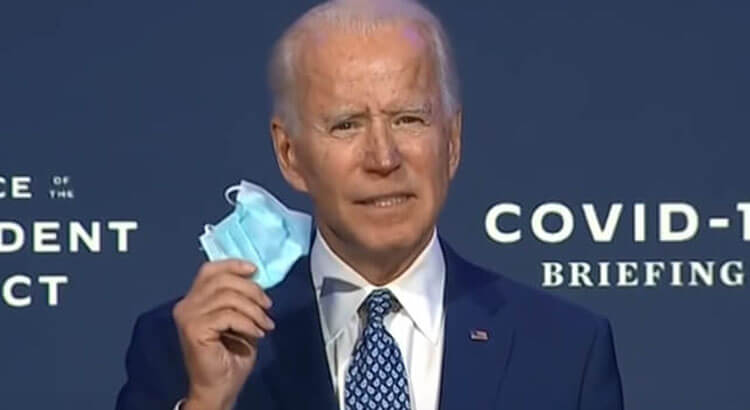 President Joe Biden’s first policy focus after being sworn in? Overhauling the disjointed federal response to the COVID-19 pandemic, which claimed another 4,400 American lives on his first day in office alone.

“The brutal truth is, it’s going to take months before we can get the majority of Americans vaccinated,” Biden said Thursday. “So while we increase vaccinations, we’re going to take steps necessary now to slow the spread of the disease.”

One of the initial executive orders he signed Wednesday requires mask-wearing and physical distancing in all federal buildings, on all federal lands, and by federal employees and contractors, plus a broad call for Americans to mask up during the next 100 days.

He followed that on Thursday with another mask-wearing directive — requiring their use on airplanes, trains and other public transportation — as well as rolling out a national strategy for combating the virus.

Those steps by Biden mark a sharp shift from his predecessor, who repeatedly downplayed the public health threat and refused to wear a face mask. The Trump administration had left it up to states to craft their vaccine distribution plans, but didn’t push Congress to provide additional money, even as state officials sought more help for the mammoth task before them.

States also have complained about receiving too little or shifting information about vaccine shipments from Operation Warp Speed, the task force set up under the last administration to deliver vaccine doses.

He’s seeking to give states a boost in their vaccination efforts; fix supply shortages; support school reopenings; and improve equity in the pandemic response across racial, ethnic and geographic lines.

He aims to get 100 new federally supported vaccine centers operating by the end of February, and to provide staff to help run them.

Perhaps most of all, his administration says it wants to rebuild trust in the federal government’s statements about and response to the pandemic.

“Our national strategy is comprehensive. It’s based on science, not politics. It’s based on truth, not denial. And it’s detailed,” Biden said Thursday afternoon as he outlined his new coronavirus actions.

Among other changes, Biden’s 10 COVID-related executive orders and other directives would:

Vaccines for those 65 and older

Biden also said he wants states to expand who is eligible to get the vaccine, prioritizing teachers and grocery store workers along with those who are 65 or older.

The Trump administration earlier this month also called for states to vaccinate anyone 65 and older, or those younger with health conditions that put them at elevated risk. A Kaiser Family Foundation report found that as of Tuesday, 28 states have included those 65 and older in their 1A or 1B priority groups, 12 more than did before the Trump administration urged the policy change.

But of those 28 states that have prioritized those 65 and older, only 15 are currently registering them for appointment and several have long waits to get a vaccine appointment.

Biden also said Thursday that FEMA will establish a COVID-19 response liaison for each state in an effort to maximize communication, similar to how the agency coordinates in natural disasters.

Ramping up the federal response one year after the first U.S. coronavirus case was identified will be challenging: It will take time, and more congressionally approved money, to better aid states in getting vaccine doses into more arms. He’s seeking more than $400 billion from Congress to help pay for the bolstered federal response and coordination efforts.

Biden’s proposal to utilize the Defense Production Act to boost supplies drew support from at least one Republican, Sen. Marco Rubio of Florida.

“The hollowing out of America’s manufacturing destroyed jobs, families and communities across this country, and left us dangerously dependent on other countries,” Rubio said in a statement. “I support President Biden invoking the DPA to address this.”

Biden focused during his campaign on boosting the use of masks, in part because increasing that precaution can have a more immediate effect on reducing infections and deaths.

But Biden faces constraints on his ability to require mask-wearing, as well as a public relations challenge with those who refuse to do so. He has authority to enact requirements for federal property and interstate travel, as he’s done so far, but broader mandates will require buy-in on the state and local level.

Tracking data from the National Governors Association shows 37 states that require wearing a face covering in public. His administration will be seeking to boost that by reaching out to state and local officials.

Biden wore a mask while signing the executive orders in the Oval Office on Wednesday. Trump refused to wear a mask and repeatedly questioned the effectiveness of wearing one.

Biden also is reversing the Trump administration’s move to begin withdrawing from the World Health Organization, saying that group is “critical” to international response to COVID-19.

Speaking to the WHO on Thursday, Dr. Anthony Fauci, chief medical adviser to Biden, said the U.S. relationship with that organization is “one that we value deeply and will look to strengthen going forward.”