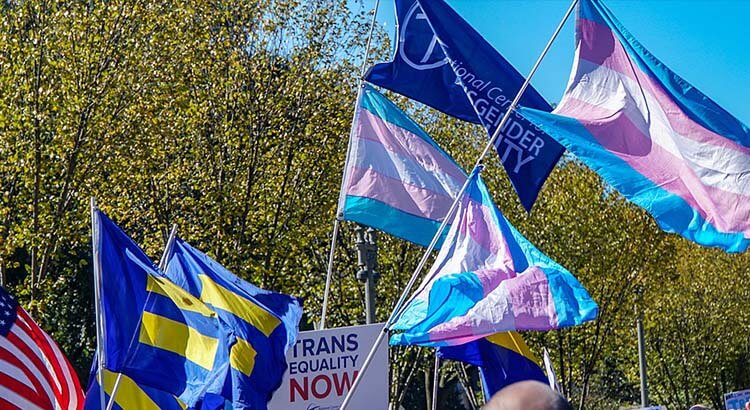 Four transgender Ohioans who sued the state after it refused to change their birth certificates to reflect their identities have won their lawsuit.

A judge in the U.S. District Court of the Southern District of Ohio Eastern Division ruled in favor of Stacie Ray, Basil Argento, Jane Doe, and Ashley Breda, saying an Ohio Department of Health and the Ohio Office of Vital Statistics policy refusing transgender people the ability to change the gender stated on their birth certificate was unconstitutional.

The policy does not allow changes to the sex marker on Ohio birth certificates “when the basis for that change was that the person was transgender,” according to court documents filed on Wednesday.

The Ohio Revised Code allows a correction to a birth record which “has not been properly or accurately recorded,” and there is no language in the law that bars changing the sex on a birth certificate.

“Indeed, prior to 2016, (the ODH and the Office of Vital Statistics) permitted transgender individuals born in Ohio to change the sex marker on their birth certificates, if the transgender individuals obtained a court order, paid a processing fee, and completed an ODH-provided form,” Judge Michael H. Watson wrote in the ruling.

According to the court, the policy was “re-reviewed” after “consultation with ODH in-house counsel and the Ohio Governor’s Office.”

When the lawsuit came about, the state hired an expert witness, Dr. Quentin Van Meter, who is a pediatric endocrinologist from Georgia and advocates for gender conversion therapy, a medically discredited treatment used by those that believe transgender individuals are instead experiencing “gender dysphoria.”

Van Meter also leads the American College for Pediatricians, which broke from the American Academy of Pediatrics after the AAP said no adverse effects would result from same-sex couples raising children.

The four individuals who sued said the health department policy violates their rights to informational privacy, discriminates against them, and also puts them in potential danger.

When forced to disclose their birth certificates, which conflict with their identity, those represented in the lawsuit said they experienced threats and ridicule.

Ray said she started a new job, and after a Human Resources employee “loudly” questioned the conflict in gender on her driver’s license and birth certificate, she was called a “freak” and one co-worker threatened physical harm.

Breda was told by an HR employee at her job that she would “never be a woman,” and would “always be a man in God’s eyes,” according to court documents.

Argento called the forced disclosure “dehumanizing because I’m telling something very personal about myself that I don’t want to be telling a stranger,” according to his testimony to the court.

Doe said she was “publicly humiliated” at a Social Security Administration office, after a clerk refused to change her sex marker with that agency “despite Doe showing the clerk a copy of the Social Security Policy permitting her to do so.”

The court’s decision cited a 2015 survey from the National Center for Transgender Equality that found 36% of transgender Ohioans who showed ID that did not match their gender identity “were harassed, denied benefits or services, asked to leave a place, or assaulted.”

The state argued that the four individuals didn’t introduce any evidence that they had been harmed, and the court called the arguments “unavailing.”

“Let the court reiterate, requiring plaintiffs to actually be harmed before having a cognizable claim would not only be legally incorrect, it would be an untenable proposition,” Watson wrote.

In a second argument, the state said Ray, Argento, Doe and Breda are proud of their transgender identity, so they couldn’t be humiliated by the disclosure of their birth certificates, and their information “has no right to remain private.”

“The fact that plaintiffs are proud of their transgender status and have shared such information on their personal social media accounts or with friends and family in no way negates their right to not be forced to disclose such private and personal information except on their own terms and in environments they chose,” Watson ruled.

Ray called the ruling “truly a victory for the LGBT community, in every aspect” in a statement with the ACLU and Lamda Legal, who represented the four in their lawsuit.

“Finally, transgender people from Ohio will be able to correct their birth certificates so that this necessary identity document is consistent with their gender identities,” said Kara Inglehard, staff attorney for Lambda Legal.