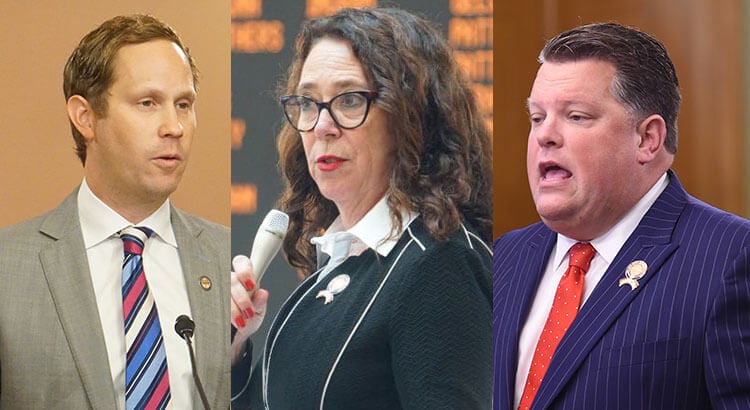 A trio of state legislators have tested positive for COVID-19, each announced, bringing the total to more than a dozen so far in 2020.

In a statement, Lepore-Hagan said she decided to get tested last week “after being in close proximity to an number of Republican Ohio House members who showed symptoms and refused to wear masks or observe social distancing protocols.”

The lawmaker said she is asymptomatic and is quarantining at home.

Weinstein announced his positive test on social media and said he has “mild symptoms.”

This morning, I tested positive for COVID-19. I currently have mild symptoms. Per guidance, I will remain in quarantine.

This thing is tearing through my family. It’s scary. Wishing all of my fellow legislators health and safety as they close out the people’s business.

Cross too announced his test on social media, saying he planned to rest and recover at home during the holidays.

A total of 14 lawmakers from both parties and legislative chambers have tested positive during 2020, including seven in December.

Around 5% of all Ohioans have tested positive this year, compared to more than 10% of lawmakers who now have. The Ohio Capital Journal has previously reported on two other lawmakers who were hospitalized this month with the virus.