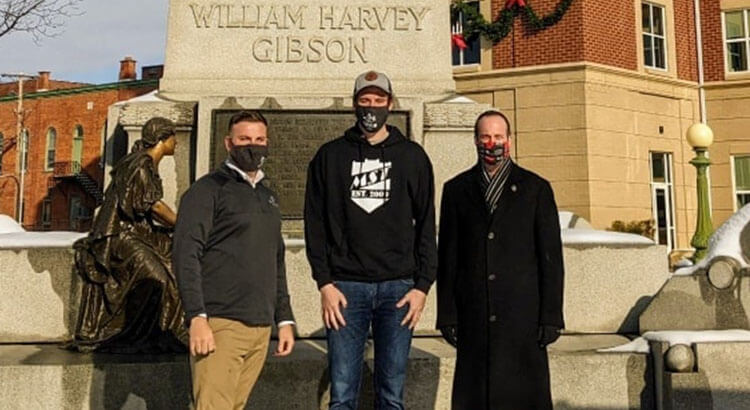 Sir Yacht, who has over 270,000 followers on video-sharing platform TikTok and 34,000 followers on Twitter, is an Ohio-based influencer who often travels around the state to feature communities like Tiffin.

Montz said he had a great time showing Sir Yacht around Tiffin with Riggs.

“Whether you love him, hate him, or don’t have a clue who he is, it was definitely fun showing social media influencer Sir Yacht around Tiffin,” Montz said. “He was very down to earth and remembered the name of ever single person he met, even though most stops lasted less than ten minutes. While we wish we could have featured everything Tiffin has to offer, we only had a little over two hours.”

“Sir Yacht is extremely popular with the younger generation and he’s received hundreds of requests from his followers to do a Tiffin feature video. It will be a good tool for recruitment of young professionals to the Tiffin area and also our two universities as they look to expand enrollment,” Montz said. “Just to show his social media power, yesterday’s social media post already has more than a quarter of a million view in less than 24 hours! His video featuring many of the cool things about Tiffin will be released next week just before Christmas.”

“Look for his video featuring the city next week!” Montz captioned a photo of the trio posted to social media Friday afternoon.

During his tour of Tiffin, Sir Yacht visited Madison Street Tavern to try out some of their famous chicken chunks.

“Madison Street Tavern’s chicken chunks might be the best food I’ve ever had,” he said.

Madison’s Street Tavern’s chicken chunks might be the best food I’ve ever had https://t.co/ZPZGsmUopj