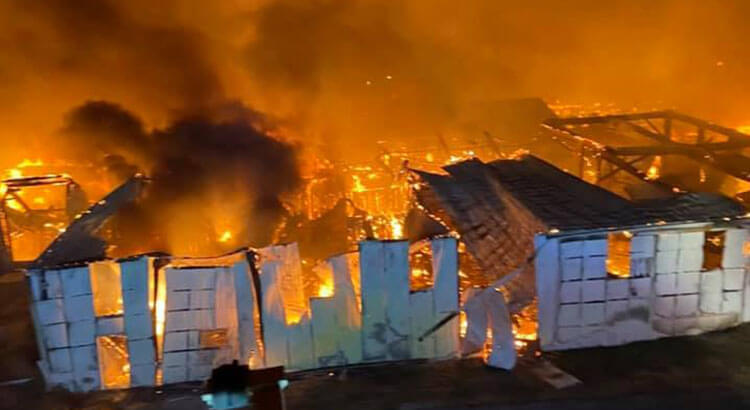 According to fire department officials, the factory portion of the building was completely destroyed in the fire. The office portion was damaged, but not destroyed.

After responding to the scene around 12:30 a.m., personnel from Tiffin Fire/Rescue Division, Bloom Township Volunteer Fire Department, and other departments remained there until after 5 a.m.

The cause of the fire is unknown at this time and is under investigation by the State Fire Marshal.

No injuries were reported in the incident.

“Busy night for the Tiffin Fire/Rescue Division battling a major fire at Seneca Tile while also responding successfully to eight other calls during that time,” Tiffin Mayor Aaron Montz said in a Facebook post Sunday morning. “I’m sure they’re exhausted and hopefully will be able to catch some rest today. Job well done TFRD!”