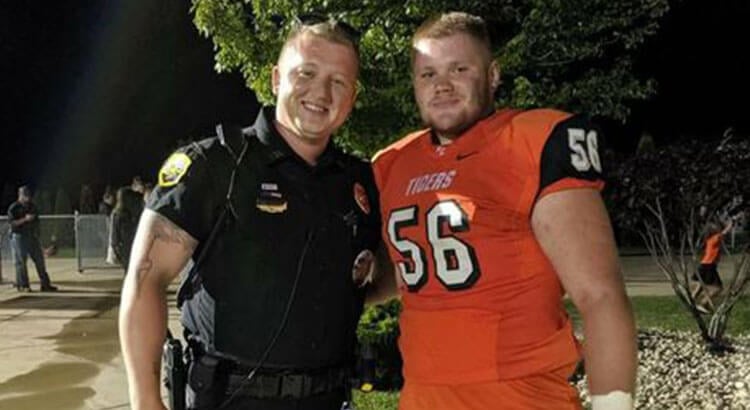 Attica, Ohio — A school resource officer at Seneca East High School is staying in touch with a former student who is now two weeks away from becoming a U.S. Army soldier.

While a student at Seneca East, Dustin Smith always spoke to school resource officer Robert Swartz about joining the military.

“I have all the respect in the world for him in doing so,” Swartz said. “Being a school resource officer at Seneca East has really opened my eyes to the impact one can have on students.”

Swartz said he received a letter from Smith a few days ago asking how Swartz and his family were doing.

Smith said in the letter that he is doing well in boot camp and that he is just two weeks away from becoming a soldier.

“I want to thank him once again for thinking of my family and I during his time in boot camp, when I’m sure he has a million other things to think about,” Swartz said. “I am proud to know a young man who is following his dreams and serving his country.”