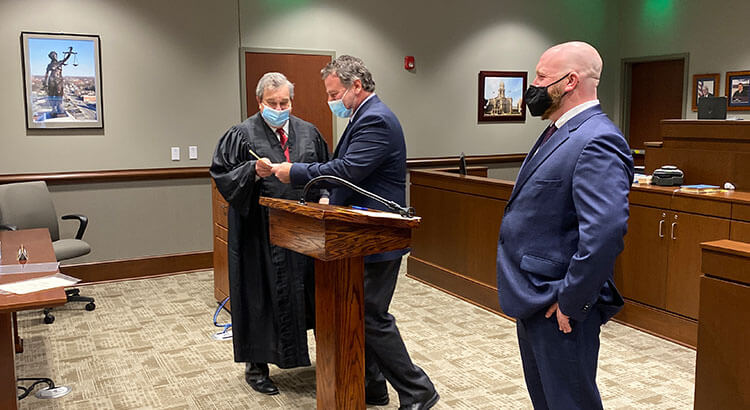 Paradiso was appointed by the Seneca County Republican Central Committee on July 29, 2019 to finish the unexpired term of former commissioner Holly Stacy.

Paradiso then ran unopposed in the November 2020 election and will begin a four-year term on Jan. 2. 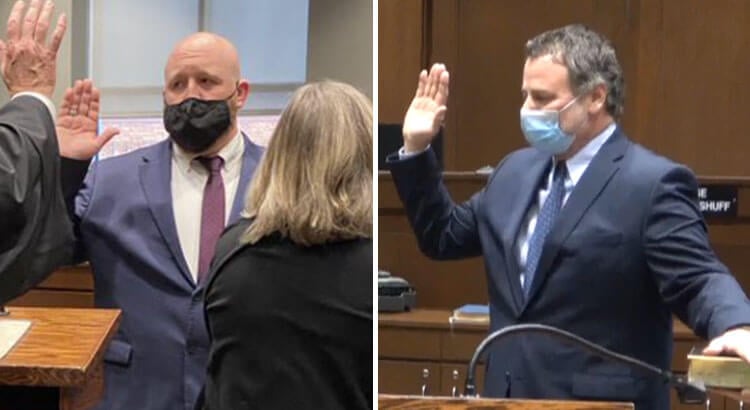 “It’s nice to have a little bit of experience coming into my four-year term. There’s a lot of people to thank, Commissioner Kershcner has been really supportive. We are in a great place, and it’s just awesome to have such good people. There’s just a lot of good people in Seneca County and it’s a great time to be here. We want to keep doing a good job and working together,” Paradiso said.

Shuff, who previously served on Tiffin City Council for about 12 years, also won his election in November, and will begin a four-year term on Jan. 3.

“I’m very humbled to be here in this position today. Yesterday I turned in my key to city hall and picked up my key for the county commissioners’ office. It was a bittersweet day. I wouldn’t have left the city if I didn’t feel it was in great hands,” Shuff said. “I’m glad to have the privilege and the community support to have the opportunity to work with the villages and the rural communities, but I’m still going to be here for Tiffin and for Fostoria.”