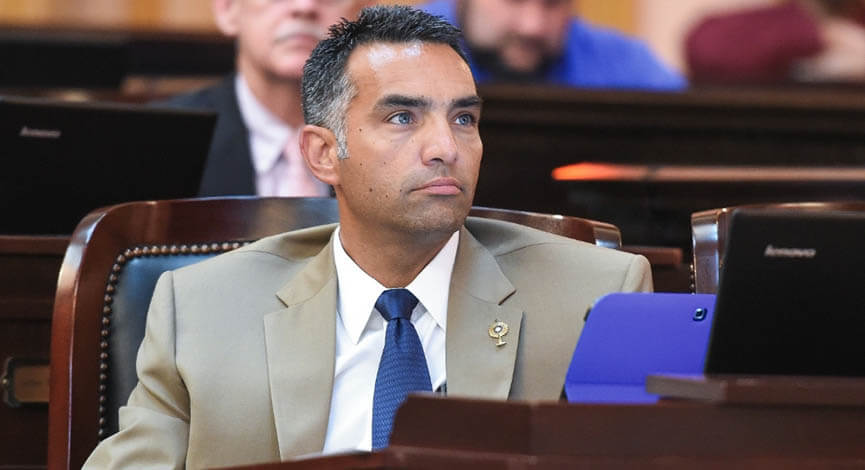 In a virtual meeting Thursday, OEC voted unanimously to find Vitale in violation of missing a campaign finance filing deadline, but declined to fine him for this violation. Though Vitale’s legal counsel wanted the remaining alleged violations thrown out, the commission voted to hold a full hearing on the matter at a later date.

Vitale’s campaign committee is accused of spending money on Facebook advertisements and an email marketing service without reporting the spending as official campaign expenditures, as would be required.

Another issue concerns Vitale’s use of a campaign donation page to receive payment for his private concealed carry training classes, an unusual practice first uncovered by the Ohio Capital Journal in an August article.

In advertising his classes, Vitale directed would-be students to pay the $100 class fee via his online campaign donation page. The registration form stated: “We use my political sight (sic) to receive the money but it will not be considered a political donation.”

The event description also stated these $100 payments would “NOT” constitute a campaign contribution.

“(Y)ou will not be donating to the campaign, although it says you will,” the description read. “We just use that as a means for people to have alternative methods of instant payment to hold your seat for the class.”

Donald Brey, an attorney representing Vitale before the OEC, said the representative kept track of which funds came in as part of the CCW classes and which were legitimate political contributions. The class fees were “briefly” brought into the campaign account, Brey said, but then were transferred out.

Regarding the Facebook ad spending, Brey claimed the amount spent is lower than what the law requires must be reported. He also said the email marketing service used by Vitale is free when used in a limited capacity, and thus Vitale did not have expenditures to report.

One more alleged violation referred by LaRose to OEC concerns Vitale using his campaign resources for personal use, such as promoting the classes on his campaign website and social media accounts. Brey explained the website and Facebook pages are “dual use” for campaign and personal needs.

OEC Executive Director Philip C. Richter said he viewed Vitale linking his class payments with a campaign donation page as being “questionable,” though he said it may not be legally improper.

“I just think that that could be handled better and differently when you’re not doing something campaign related,” he said.

A formal hearing on the alleged violations (besides the late campaign finance filing) will be held at a later date to be determined.