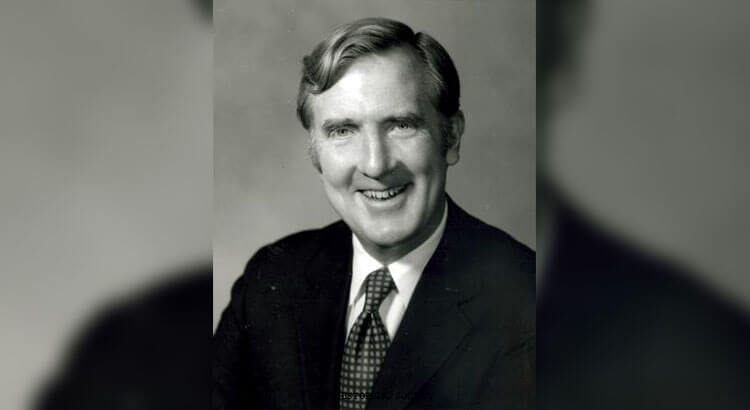 With Gov. Mike DeWine hosting his regular COVID-19 press conferences from home, it is not uncommon to see his dog Dolly wandering around the living room or sitting beside his lectern.

Throughout the year, DeWine has sought to open these events with something light: a reference to his tie, a mention of Ohio sports teams or acknowledgement of a family member’s birthday.

Ohio reporters were greeted much differently by Gov. John Gilligan at an event back in September 1973.

The Democrat had invited members of the Statehouse press corps to the governor’s mansion, the Lancaster Eagle-Gazette reported. They were surprised to witness Gilligan coming down the mansion brandishing a rifle at them.

“All right,” the governor told the stunned crowd, “now let’s have a news conference.”

As it turned out, the weapon was merely a hand-crafted Kentucky Rifle.

“Gilligan really just wanted to show off the museum piece, but a few newsmen reportedly weren’t sure the gun was unloaded,” the Eagle-Gazette wrote.

Hopefully DeWine and future governors don’t try any stunts like that when press conferences return to being in person.