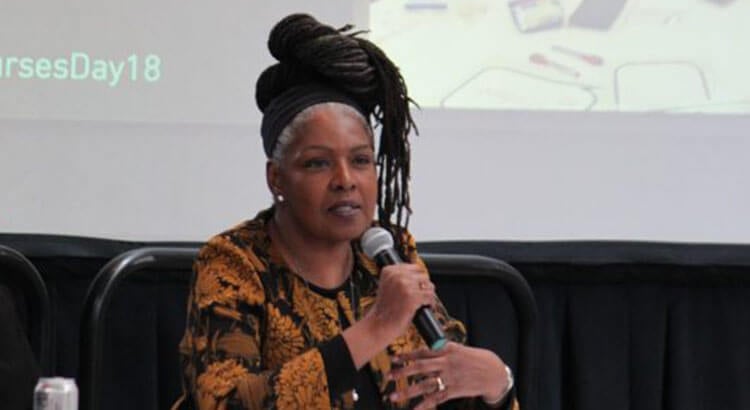 Rep. Kent on a panel answering question about nurse shortage during the 2018 Nurses Day at the Statehouse. Photo from the General Assembly website.
ShareTweet

An Ohio Democratic state lawmaker is suing her party’s leadership in federal court over a dispute related to her membership within the House Democratic Caucus.

State Rep. Bernadine Kennedy Kent, D-Columbus, filed the lawsuit against the caucus as well as its current and former leaders. The lawsuit seeks damages and for Kennedy Kent to be allowed to rejoin the caucus, though she is leaving office at the end of this month.

The intra-party dispute dates back to 2018. The Columbus Dispatch reported that Democrats took issue with Kennedy Kent signing colleagues’ names to a public records request without their consent. This led to her being voted out of the caucus in June of that year.

In May 2019, Kennedy Kent was prevented from entering a caucus meeting room due to no longer being a member.

The lawsuit alleges Kennedy Kent “has been deprived all corresponding rights and privileges of membership in the House Democratic Caucus.” Along with the caucus, the lawsuit names former House Minority Leader Rep. Fred Strahorn of Dayton and current Minority Leader Emilia Sykes of Akron as defendants.

“As a result of the retaliation, punishment, and interference by (Sykes and Strahorn), (Kennedy Kent) has been unable to adequately perform her official duties and functions as the elected Member for the 25th District…,” the lawsuit claims.

Since the 2019 incident, Kennedy Kent has not returned to the Ohio Statehouse to attend any committee hearings or floor voting sessions.

She did not run for re-election. The representative-elect for Kennedy Kent’s 25th District, Dontavius Jarrells, recently told the Ohio Capital Journal he has worked informally to assist constituents in her absence with issues such as COVID-19 unemployment help.

Kennedy Kent was politically active in support of President Donald Trump for reelection. She attended several campaign events for the Republican nominee and was invited to meet Trump on Air Force One.

A spokesperson for the House Democratic Caucus declined to comment on the lawsuit.