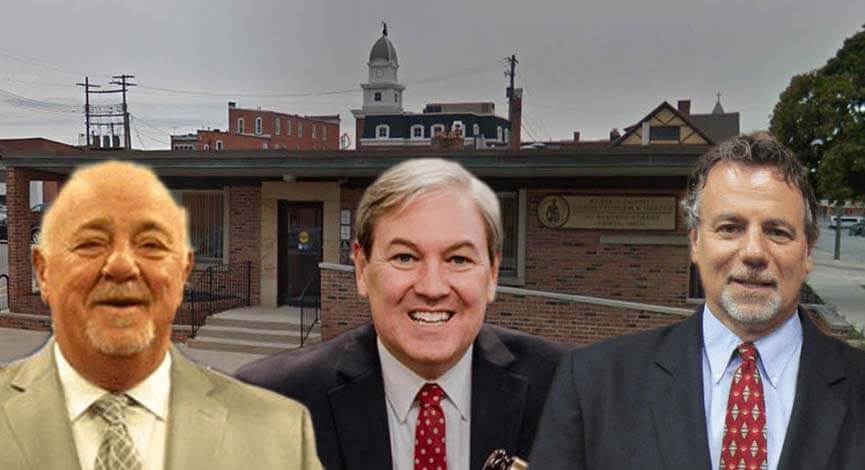 Tiffin, Ohio — The Seneca County Board of Commissioners approved a balanced General Fund budget for 2021 of about $17,862,000 during a weekly Zoom meeting Thursday morning.

Last week, the commissioners tentatively approved a $17.9 million General Fund budget for next year assuming the Seneca County Budget Commission would increase its revenue estimate for 2021.

On Tuesday morning, the budget commission did amend its revenue projection for 2021 from $17.5 million to $18 million due to increased optimism from around the state on the economic outlook. Several revenue-generating lines, such as the sales tax and the Local Government Fund, are expected to outperform initial estimates.

There still is a high level of uncertainty for 2021 and beyond due to the COVID-19 pandemic, so the commissioners made some cuts to the General Fund budget to work with a manageable expense figure. The board cut the equipment and travel lines in the General Fund to help keep costs low.

The approved budget includes $300,000 in additional funding for Seneca County EMS and about $116,000 for the creation of a Human Resources Department. The board also moved $150,000 of expected Foster Care expenses into the 2020 budget, so it would not need to be handled in 2021. The board also added $150,000 to that expense because of anticipated cost increases for Foster Care.

In other business, Commissioner Anthony Paradiso informed the public that the commissioners were sending a letter to a local youth who reached the Eagle Scout rank.

Andrew Steinmetz, of Troop 442 out of Republic, received the honor this year. The commissioners were informed of the feat by Steinmetz’s father.

“Earning the rank of Eagle Scout is quite an achievement,” the letter states. “Some have said that when a young man earns this rank, it shows that he is trustworthy, loyal, helpful, friendly, courteous, kind, obedient, cheerful, thrifty, brave, clean and reverent.”

Along with the letter, the commissioners extended an invitation to Andrew to join the board during a meeting in 2021 to discuss his Eagle Scout service project and the merit badges he has earned on his way to this accomplishment.

In other action, Audrey Flood, rural development manager for Tiffin-Seneca Economic Partnership, said that the processing of Seneca CARES Small Business Relief Grants has been completed, and the agency is now moving on to the reporting stage. Flood previously said that 126 local businesses received funding through the program, with a total of $846,146 awarded.

The commissioners’ final scheduled meeting of the year is for Tuesday, Dec. 29 at 11 a.m.