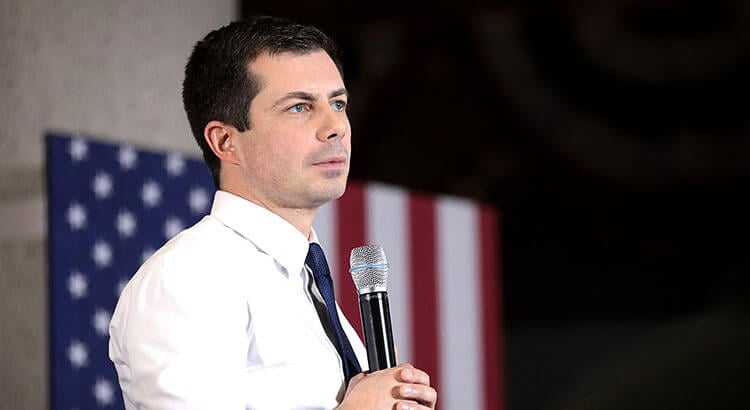 President-elect Joe Biden said Wednesday he will nominate former presidential primary rival Pete Buttigieg to serve in his Cabinet as secretary of transportation.

“What I admire about Pete, is he’s always clear about who he is, what he believes and how he wants to bring people in, not exclude them,” Biden said at an appearance with Buttigieg in Wilmington, Del.  “He’s able to walk in any room and leave people inspired about an America that is best for all of us.”

Buttigieg would be the first Senate-confirmed openly gay Cabinet member and millennial to run the nearly $73 billion Department of Transportation. As a Democratic candidate for president, he won the Iowa first-in-the-nation presidential caucuses in February.

Before Buttigieg dropped out of the presidential race in March, he released a $1 trillion infrastructure plan that would invest in highways, broadband, public transportation and other overhauls, with climate change adaptations.

Biden said that Buttigieg would help roll out a push for electric charging stations and assist communities in becoming more climate resistant.

House Majority Leader Steny Hoyer, (D-Md.), said in a statement that he looks forward to working with Buttigieg in making “infrastructure a centerpiece of our economic recovery.”

“Repairing, upgrading, and expanding transportation infrastructure is going to be a major component of any plan to build back better from the pandemic and grow our economy in a way that creates opportunities for workers and businesses and meaningfully addresses the climate crisis,” Hoyer said.

Buttigieg said his experience as mayor of South Bend, Ind., population 100,000, will help him work with states, local, federal and tribal governments.

“Climate and infrastructure innovation are helping bring my community into the 21st century,” he said.

Buttigieg said that transportation is a personal issue to him, adding that he spent part of his graduate studies aboard a cargo ship and proposed to his husband, Chasten, at Chicago O’Hare International Airport.